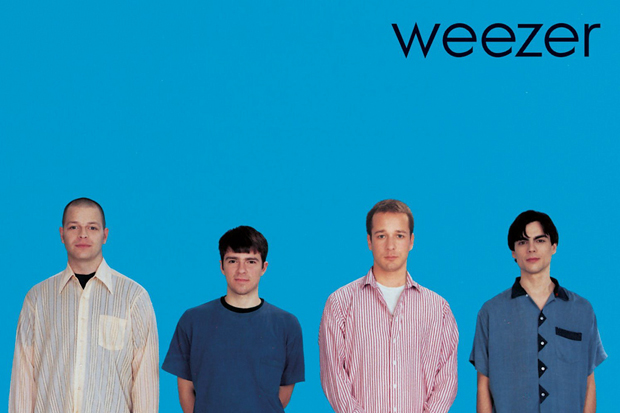 The Blue Album will soon be back in black. Weezer’s self-titled 1994 debut, known for its blue background by contrast with 2001’s similarly self-titled Green Album, is to be reissued on vinyl August 13 via Universal’s Back to Black push, including a free download of the album with vinyl purchase, as Fact points out. Now you can try out the Fonz’s dance moves from Spike Jonze’s classic video for the album’s “Buddy Holly” with whole new layers of postmodern retro irony.

Weezer aren’t new to the nostalgia game: They’ve recently been playing The Blue Album and its cult favorite 1996 follow-up Pinkerton live in the albums’ entirety. And in December, frontman Rivers Cuomo offered up $75 box set The Pinkerton Diaries, which includes demos from the group’s once-panned sophomore album.

This isn’t The Blue Album’s first spin around the reissue turntable, either. A “deluxe edition” of ol’ Blue came out in 2004, for the album’s 10th anniversary, including a second disc of B-sides and rarities titled Dusty Gems and Raw Nuggets. Interesting trivia: The Blue Album wasn’t available on vinyl in the U.S. upon its original release (hey, this was 1994, when teenagers were saving money for the Sony Discman and the “Buddy Holly” video came along with new Windows 95 CD-ROMs). But it was pressed on vinyl in the U.K., and a 2002 European vinyl reissue made its way to at least a few U.S. shops.

Still, for most people this will be the first chance to own “Surf Wax America” on wax in America: