Watch the Killers Cover Oasis’ ‘Don’t Look Back in Anger’ 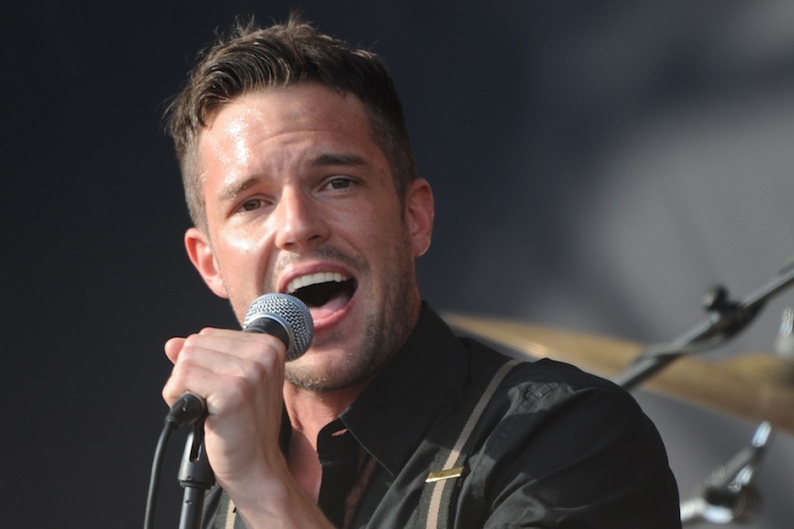 Now that former Oasis frontman Liam Gallagher has joined his brother Noel in singing the band’s tunes again, maybe it’s fair game for anyone to cover them (One Direction notwithstanding). During the Killers’ appearance last night at England’s V Festival, frontman Brandon Flowers announced, “We’re going to celebrate one of the U.K.’s finest for a moment.” Then, as spotted by Consequence of Sound, the group launched into Oasis’ “Don’t Look Back in Anger,” which you can watch in fan-filmed video below. Flowers may or may not have been affecting an accent — it’s hard to tell with so many Brits singing along.

The band reportedly also played a number of songs from its forthcoming LP Battle Born, some of which you can hear here and, of course, in this video prior to its September 18 release date. Of the new record, Flowers recently told us, “I see every album as a reaction to the album before it. Sometimes it’s a reaction to the critics, which is ridiculous. I shouldn’t listen so much to what they say. But I don’t write songs to try to make them happy. We write songs that we like to play.” Then again, maybe he ought to read of the group’s recent New York gig.