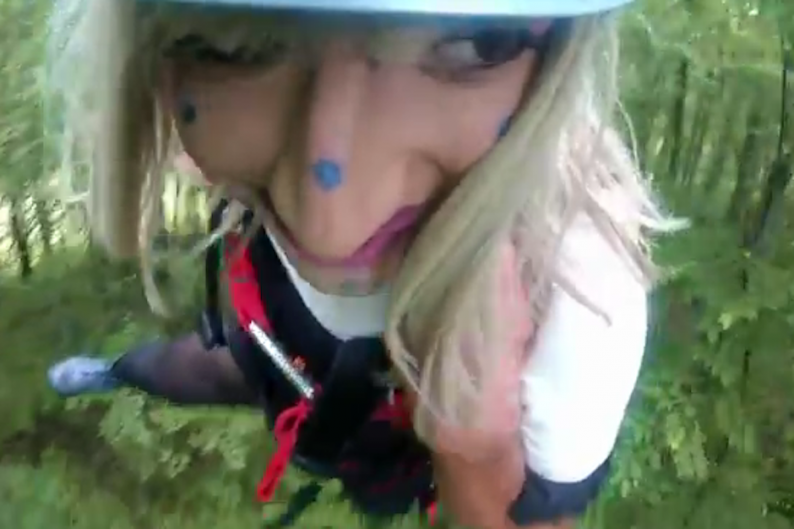 The idea that you can develop a rapport between people by forcing them to interact in a series of organized rituals would be crazy if militaries hadn’t been proving the truth in it for centuries. The latest video from Lower Dens’ dreamy noise-rock album Nootropics (via Gorilla vs. Bear) emphasizes the insane aspect of corporate team-building retreats. “I never could let you down,” the Baltimore band’s frontwoman Jana Hunter insists on “Candy,” in a richly dolorous voice, and in fact, the video’s cast of oddballs has to do those cheesy exercises where you fall backwards and trust everybody else to catch you. In keeping with the song’s krautrock-metronomic rhythm section and disorienting squeals of guitar, though, the video, directed by Alan Resnick and Noah Collier, has far more trippiness than your average corporate event.