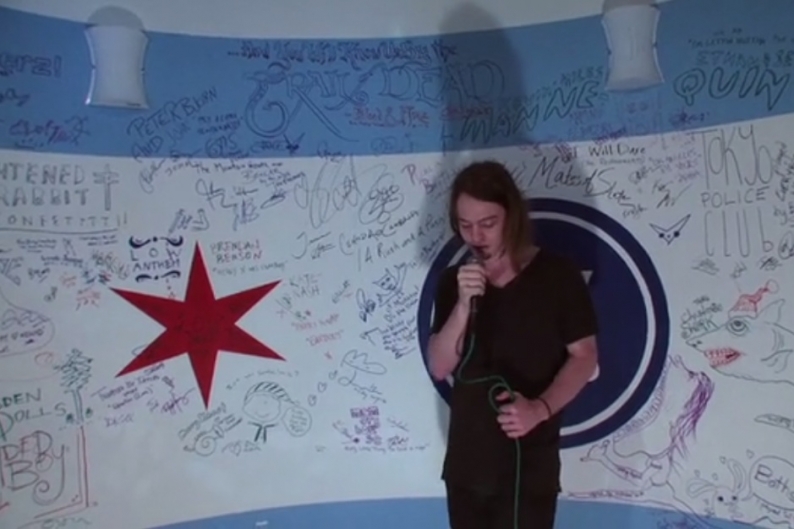 Liturgy, the sourpusses behind SPIN’s favorite metal album of 2011, stopped by the offices of the Onion A/V Club to cover one of their favorite songs, Shellac’s spiteful 2000 classic “Prayer to God” (one of SPIN’s 33 Bitterest Songs Ever, natch).

As witnessed at Metallica’s Orion Festival, Liturgy has pared down from a burst-beating quartet to a two man guitarmy backed by an oppressively loud drum machine — maybe a Big Black song would have made more sense? Liturgy leader Hunter Hunt-Hendrix decided to take this one on alone, using nothing more than a microphone and his looptastic pedal chain.

Watch this Reggie Watts-gone-Watain monstrosity below. The embedded video couldn’t have said it better: “a delicious breakthrough in natural energy.” OK, that line was technically in the Starbucks ad, but still.