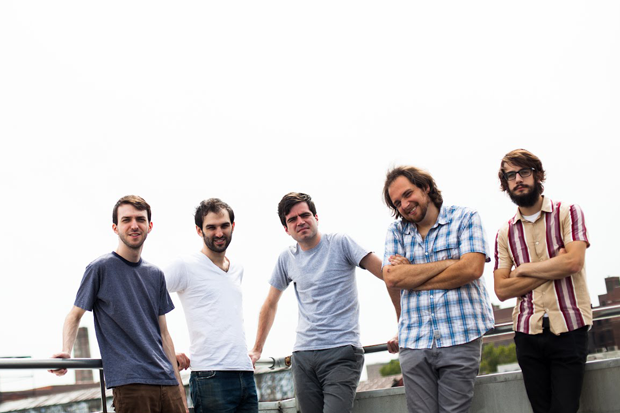 Titus Andronicus singer-guitarist Patrick Stickles has announced the group’s third album, Local Business, will come out on October 23 via a Tumblr post that also promises the LP will be stripped-down and straightforward rock-focused. “Titus Andronicus the studious recording project and Titus Andronicus the raucous touring machine are no longer two distinct beings,” the statement reads. “There is only Titus Andronicus, rock and roll band.”

After the departure of guitarist Amy Klein, the lineup now consists of Stickles, Eric Harm (drums), Julian Veronesi (bass), Liam Betson (guitar), and Adam Reich (guitar). The album was recorded at New Paltz, New York’s Marcata Recording in April and May in with producer Kevin McMahon, who has worked with Titus before (his credits also include Swans and Frightened Rabbit). And even though the album is supposed contain less bells and whistles, they enlisted guest spots from their longtime session keyboardist Elio DeLuca, Polaris Prize-winning violinist and Final Fantasy dude Owen Pallett and Steven Harm, father of Titus’ drummer Eric, on harmonica.

Unlike 2010’s The Monitor, Local Business is not a concept album. The announcement describes the songs as spotlighting how “the inherent meaninglessness of life in an absurd universe gives the individual power to create their own values and their own morality.” Songs cover topics like an automobile accident, an eating disorder, an electrocution, insanity and, apparently, forgiveness. We’d heard about the electric shock before, and checked out two new scorchers the band played live in March.