The Killers Getting Werner Herzog Treatment in Live Webcast

Pioneering German director will work with the "Mr. Brightside" guys in a September 18 live concert webcast 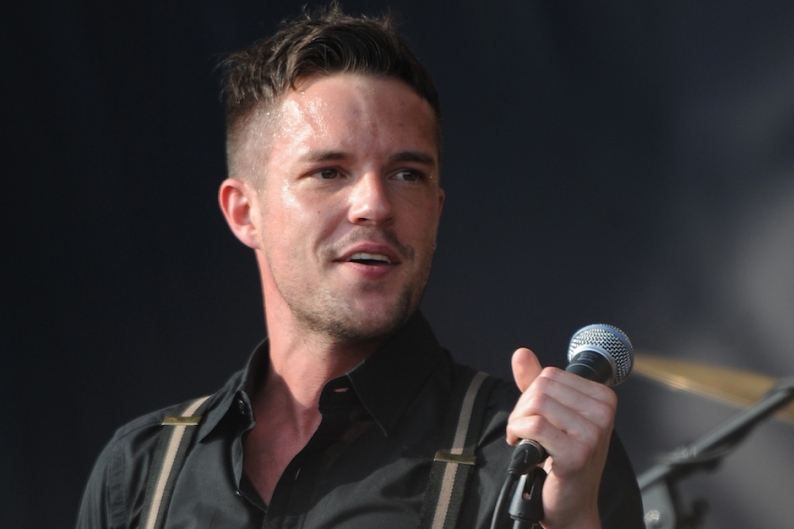 Werner Herzog has hauled a riverboat up a small Peruvian mountain, for 1982 film Fitzcarraldo. He has been given unprecedented access to caverns in southern France that hold the oldest human-made images known to exist on the planet, for 2010 documentary Cave of Forgotten Dreams. And next month, the singular German director will be overseeing a live webcast of a concert by the Killers, Rolling Stone reports.

The event is part of the American Express Unstaged series, which teams pop acts with acclaimed directors. Part webcasts have paired Jack White with Gary Oldman, Duran Duran with David Lynch, Arcade Fire with Terry Gilliam, John Legend and the Roots with Spike Lee, My Morning Jacket with Todd Haynes, and more. The Killers’ installment, set for the same day as the release of new album Battle Born takes place September 18 at 7 p.m. Eastern at the Paradise Theater in the Bronx.

Herzog will reportedly bring his usual experimental style to the proceedings. Killers bassist Mark Stoermer is quoted as saying Herzog’s proposals have included a camera on a crowd-surfer, cameras on the drummer, and potentially “an animal involved.” Stoermer told Rolling Stone the Killers picked Herzog because of his distinctive concepts. Stoermer also said Herzog assured the band he’d review past Unstaged webcasts to avoid previous errors and make this one the best.

Herzog has had an outsize influence on the music world. German krautrock band Popol Vuh worked on several of his films. More recently, heavy Toronto trio Metz described their October 9 self-titled Sub Pop debut as “the audio equivalent of the film Fitzarraldo by Werner Herzog, “while last year Montreal producer CFCF released an EP, The River, that was also Fitzcarraldo-inspired. Cloud rappers Main Attrakionz and footwork deconstructionists Supreme Cuts have both referred to the director with tracks this year, as well, and Grizzly Bear’s Chris Taylor once told SPIN his favorite book was a collection of Herzog’s diary entries.

It isn’t yet clear whether professed Killers fan and newly official Republican presidential nominee Mitt Romney has a position on Herzog’s films, though a recurring theme is that the director does, very much, build that.