"I don't know how Kim and Thurston did it for so long." 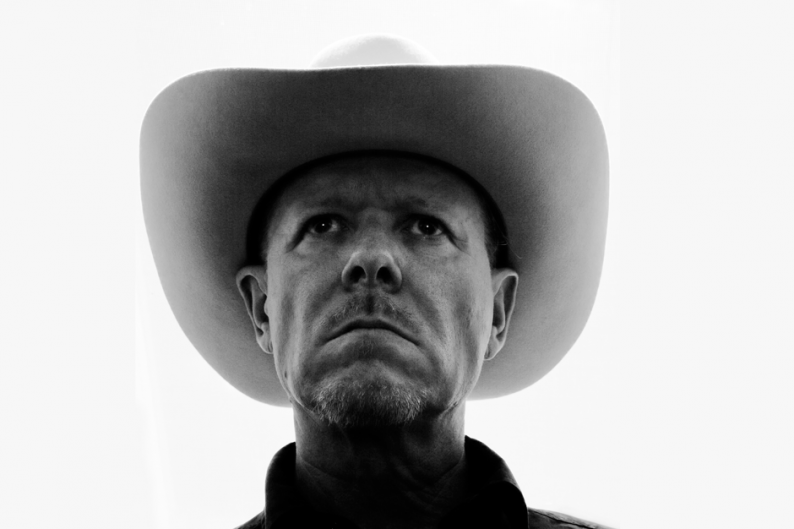 Over the past three decades, Michael Gira has established himself as underground rock’s ace of debasement. From the brutal, self-pugilistic caterwauls of sludgy art-rockers Swans to the brittle, American Gothic doom-folk he recorded with Angels of Light, he strips music down to its harrowing, bare-bones essentials. It’s no wonder, then, that his acidic bellowing and post-blues licks resound in the works of industro-rockers like Godflesh and heady metallers like Neurosis as much as experimental folk artists like James Blackshaw and Wooden Wand. Since 1990, he’s applied the same principles to running his home-brewed record label Young God, launching the careers of freaky folks like Devendra Banhart and Akron/Family; running his business with a cutthroat, do-it-yourself attitude a good decade before the rest of the internet followed suit. He is an iconoclast’s iconoclast, so, we asked him to explain his outlook on life on the eve of the release of Swans’ 12th album, the relentless, cinematic, two-hour bludgeon The Seer.

Being a part of the consumer society is a complete waste of time.
For years, I’ve been adamant about not wasting my short amount of time here on earth. I came to that realization when I spent about three months in jail in Israel at age 15 for selling drugs. It was grueling for me. The notion of time really crawls there. I realized then how urgent things are. It’s rare that people find something that they love to do and get paid for it. I think that’s really an important pursuit, because what you do defines you as a human being.

If you refuse to give up, you can make something happen.
When I lived on the Lower East Side in the early ’80s, there was machine gun fire at night and there were whores everywhere, God bless them. Most buildings on my block were crumbling and abandoned and they were filled with people selling drugs. I survived by doing demolition, tearing out walls and ceilings in buildings. I was painting apartments, hanging sheetrock, plastering, all kinds of jobs like that. Everything was focused on earning enough money to be able to keep making music. It was not easy. We joke and call [early Swans] “construction rock” now. Most of the guys in the band have a worker background. Back in the early days before sampling, you could do a quick sample on a delay, and I brought in my nail gun and that became the kick drum and the snare on a song called “Time Is Money (Bastard).” I just shot the nail gun in the hallway of the recording studio and captured it in different octaves. I used to deny that the environment had anything to do with it but I still suspect it did.

Take responsibility and do it yourself.
I will never, never, never record for a major label again. The lesson I took from that is to start putting out my own music and never be tied to anyone else ever again. Prior to that, I had been on a series of independent labels, none of which were happy experiences. Part of the problem could have been my very abrasive personality at the time. I wasn’t intimidated to take charge and start my own label, though, having done construction for many years, where I would oversee jobs and ordered materials. I could figure how much shit costs and be pessimistic about what it’s likely to sell and maybe there’ll be some money there at the end.

Appreciate your fans.
I don’t mean people that stutter when they come up to you and think you’re some big deal but people that really have gotten something true from the music. I really appreciate those people. I was at a bluegrass festival once and Ralph Stanley was there. Lo and behold, after the show, the dude, who is 80-something, was out at the merch booth talking to his fans. Utterly polite and no star attitude or anything. That’s a really great thing about country music, as opposed to rock or pop: people don’t develop that attitude. Fans are important because they’re people that genuinely got something from your music.

Don’t tour with your spouse.
Jarboe and I were both very intemperate personalities. I don’t know how we survived together so long — no criticism of her at all — but there was just utterly insane behavior on both our parts. I can’t give an example without embarrassing myself and her, but there were some bottles thrown across the room — I won’t say by whom — but in the presence of some major journalists. You just get so exhausted and then you drive after the show. It’s insane to do it. I don’t know how Kim and Thurston did it for so long. They’re much more levelheaded people I’m sure. I was really pleased Jarboe was willing to make a guest appearance on the new album. She has a lot of soul in her voice. I could never envision Jarboe back in the band, though. I love her tremendously but it would be a potential nightmare.

You have to respect people.
Anyone who knows me now knows I’m not mellow. But when I was younger, I kind of viewed most people as enemies or potential enemies. That’s not healthy, but it’s who I was. At a certain point you realize some guy working at a major record label, he’s got a life and soul…hopefully. You get more out of life through respecting other humans than viewing them as opponents. It took me a long time to learn that lesson. I have no idea how much Swans would have advanced if I hadn’t gone around the world making enemies instead of friends.