Something’s Phishy in the State of Bieber 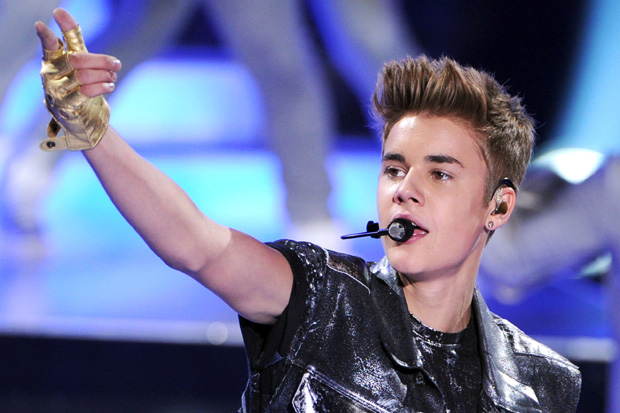 While fans of 18-year-old pop star Justin Bieber may go batty over songs like “Boyfriend,” in which he promises to “take you places that you’ve never been before,” he’s just proved that he is indeed going places his fans have likely never been before: a Phish concert. He and girlfriend Selena Gomez hung out with the jam band (whose singer Trey Anastasio is putting out an indie-rock-influenced solo album in October) at yesterday’s Long Beach Arena show, according to the Hollywood Reporter. Bieber was wearing a green tie-dyed shirt. There are pics over at THR that you should probably see.

The couple was reportedly first spotted by the soundboard (maybe to get a good line mix to trade) and later with friends. Bieber apparently came at the behest of his music director and guitarist Dan Kanter. The latter is said to have wanted to bring the “Baby” singer to a Phish show for the whole two years they’ve known each other and, now that Bieber is 18, he did just that. During the intermission, the Biebs went backstage to meet Anastasio and Co. There, he chilled with bassist Mike Gordon and of course Anastasio. What did they possibly talk about? The far-out work of Phish lighting director Chris Kuroda. The most stoked people in the building were likely the children belonging to Phish and their crew.

Bieber and Gomez returned to their station behind the soundboard and watched the rest of the show, flinging glowsticks about with the other fans during the first couple of songs. They ended up leaving about three quarters of the way through the second set. We just hope everyone exchanged numbers during the intermission, because Trey, if you really want to break the mold, maybe don’t bother with the National and the Mates of State… Bieber will get you heard!