The superstar DJ reveals that he just can't get enough snus 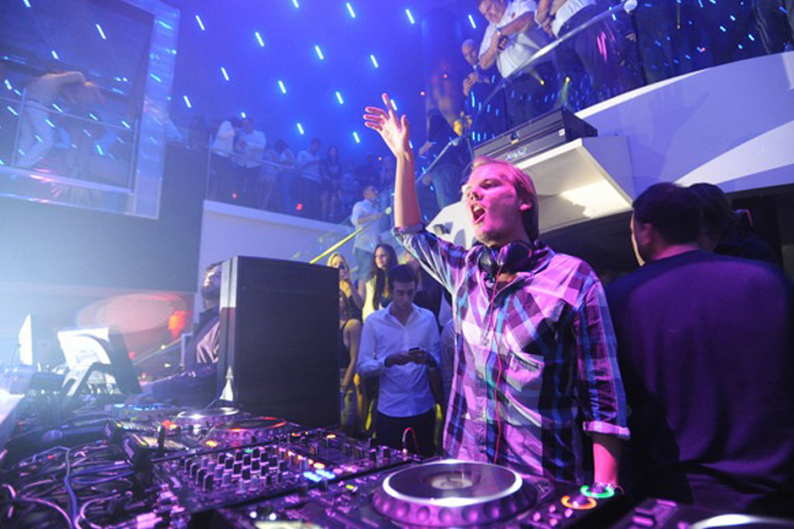 We’ve all got our vices. Some of us drink, some gamble, and others, like mega-DJ Avicii opt for a nicotine fix. The 22-year-old Swede, born Tim Bergling, is a devotee of snus — a powdered tobacco originating and widely used in his native Sweden and not to be confused with snuff or dip. “It isn’t really chewing tobacco,” Avicii clarifies, speaking over the phone before a gig in Riccione, Italy. “You don’t have to chew or spit or anything like that. You put it on your upper lip and it doesn’t really drip that much, so it’s kind of like a nicotine patch with tobacco taste. My favorite flavor is called General White.”

The jet-setting “Levels” star is sure to be well-stocked at all times. “When I travel, I try to bring as much as I can,” he says. “I’ll bring like 10 boxes, and when I start running out, my manager orders 10 more to a specific location. So if we’re going to be in Las Vegas in four days we’ll order it there.”

But things don’t always go according to plan. It’s not unprecedented for Avicii to find himself on a wild snus chase. “I’ve gone pretty far [to find snus] before,” he explains. “I’ve been walking around pretty much all of New Orleans during Saint Patty’s Day. All the streets and everything were in chaos and all we could do was walk all over until we found a tobacco store that sold it.”

Going to such great lengths may seem a bit excessive, but after using snus for over seven years, that kind of commitment is just a matter of course for Avicii. “The first time I [used snus] was when I was 15 years old. My friend’s brother had some and we were at his country house in Southern Sweden,” he recalls. “It was right about the time when I had my first couple of cigarettes and stuff like that, too.” Since that day his habit has grown to a little over a pack-and-a-half of snus day.

Avicii maintains snus isn’t all that bad for your health. He tells us, “the back of the box only says, ‘this may cause damage to your health.'” And he insists there’s another perk: “I can bring [snus] everywhere,” he says. “Even on a plane.” Convenience is king, even for this DJ prince.