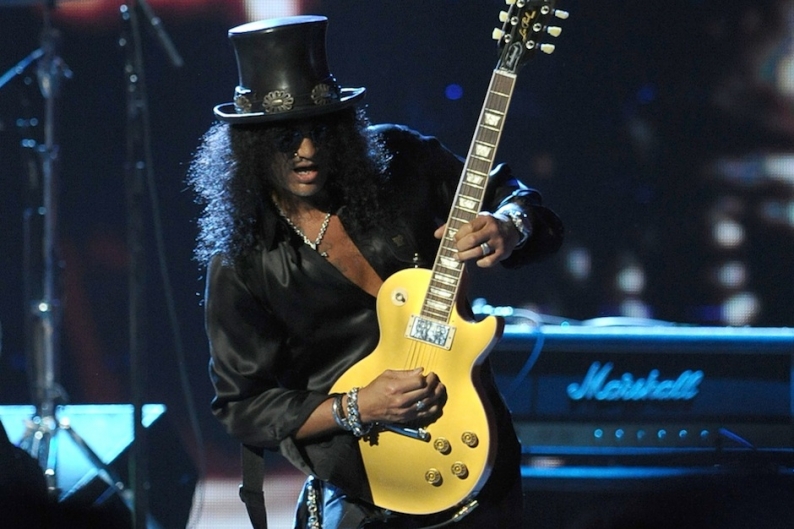 Slash has never made any secret of his mother’s relationship with David Bowie. Seeing Ola Hudson — a costume designer for Bowie, Diana Ross, John Lennon, and more — together with the glam-rocker was “like watching an alien in your backyard,” the Guns N’ Roses co-founder once told an interviewer. Still, the top-hatted guitar wizard and recent Walk of Fame inductee opened up more than usual about his late mother’s relationship with Bowie in an interview with Australian radio station Triple M, in which NME quotes Slash saying as saying, “I caught them naked once.”

Slash made the comments as he promotes his recently released second solo album, Apocalyptic Love. He would only have been about nine years old at the time his mother and Bowie were together, so the title problem isn’t a reference to what he saw, though he reportedly added, “When I look back on that whole combination of people, I can only imagine how freaky it was.” Aliens in the backyard are one thing, but in your mother’s bedroom? Welcome to the jungle, way too early.

Sadly, Ola died in 2009 at age 62 after suffering from lung cancer. At the time, Slash called her “the sweetest, warmest, most loving human being I’ve ever known (next to my grandmother on her side), as well as one of the most creative & talented.” He also said she was “responsible for exposing me to a lot of the music that would influence me as a musician growing up.” Bowie’s attention, meanwhile, is presumably focused on NASA’s Mars rover. He hasn’t commented on Slash’s most recent quote, though he did break his typical silence to make a joke.