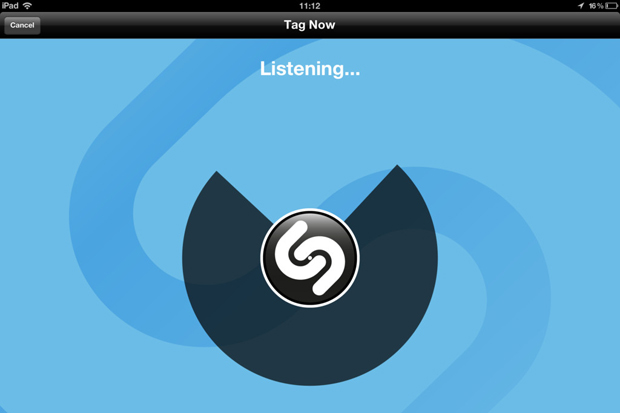 Music identification app Shazam is celebrating a milestone today. The company announced that their service — the 4th most popular in iOS history, according to Hypebot — has surpassed the five billion tags mark. That means five billion people have either drunkenly held their iPhone up to the sound system in a noisy bar or haphazardly searched for the Shazam app while listening to the radio and operating a vehicle or, and this seems to be the most popular (and ridiculous) option, used the application whenever the Shazam icon appeared in the bottom corner of a television commercial. Thankfully, the five billionth Shazam was used on a song — Pink’s “Blow Me One Last Kiss” — and not a Charmin ad.

A recent surge in tags — thanks in part to Shazam’s partnership with NBC and the Olympics, which allowed users to access bonus interviews and the medal count and stuff — helped push the app to the five billion mark. As SPIN previously noted, Shazam’s most inquired-about track remains Gotye’s “Somebody That I Used to Know,” with over 11 million people discovering the track/mispronouncing “Gotye” through the application.