Recent L.A. performance footage reveals a clubbier side of 'Coexist,' which arrives September 11 on Young Turks 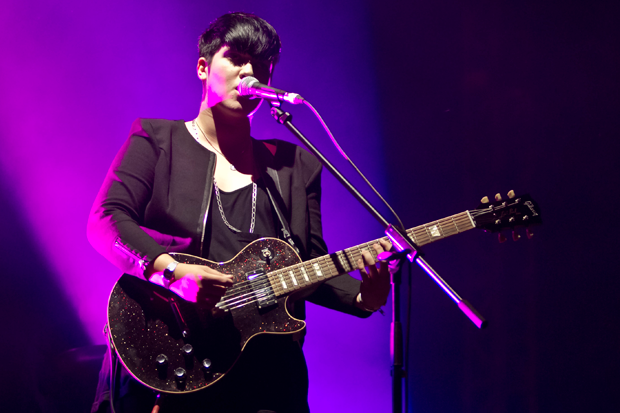 Good news: Jamie xx wasn’t just pulling our legs when he said the xx’s next album would take on more of a clubby feel. Granted, that was hard to tell from the first songs the stripped-down British electro-pop outfit previewed from upcoming album Coexist, particularly the super, supine “Angels”, which they played the other night on Conan. As SoulCulture points out, fan footage has emerged of the xx playing another new song during a July 23 gig at the Fonda Theatre in Los Angeles, and this one — almost certainly the album’s second-to-last track, “Swept Away” — has more of that house feel the xx producer was talking about. With a four-on-the-floor gallop beneath winding guitar lines and sultry male-female vocals, the song resembles a cousin to Drake’s Jamie xx-incorporating Take Care title track. The xx’s follow-up to their self-titled debut isn’t due out until September 11 via Young Turks, but the wait just got that much more excruciating — and a bit more like a party, too.