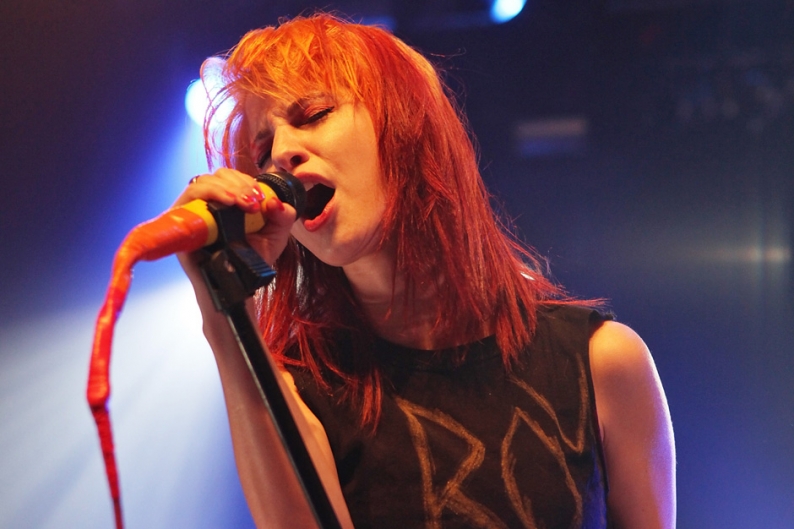 “Like the moon, we borrow our light,” Paramore frontwoman Hayley Williams sang on Tuesday night in a new outro to “Monster,” from the band’s 2011 singles club and also the most recent Transformers movie soundtrack. The occasion was the pop-punk band’s show at the Fox Theatre in Pomona, California, their first gig since last September. As NME reports, Paramore played an 18-song set but previewed none of the group’s new material, which Williams has described as less “toiled and troubled.”

Williams, bassist Jeremy Davis, and guitarist Taylor York were reportedly backed by three touring musicians as they prepare for August 24-25 sets opening for Cure at the U.K. Reading and Leeds Festivals. Fan-made videos have emerged from the recent concert, allowing those of us who weren’t there to make do with some borrowed light of our own. Watch “Brick by Boring Brick,” “Renegade,” “Decode,” “Hallelujah,” “Monster,” and “Hello Cold World” below: