Marissa Paternoster takes a bite out of her bandmates 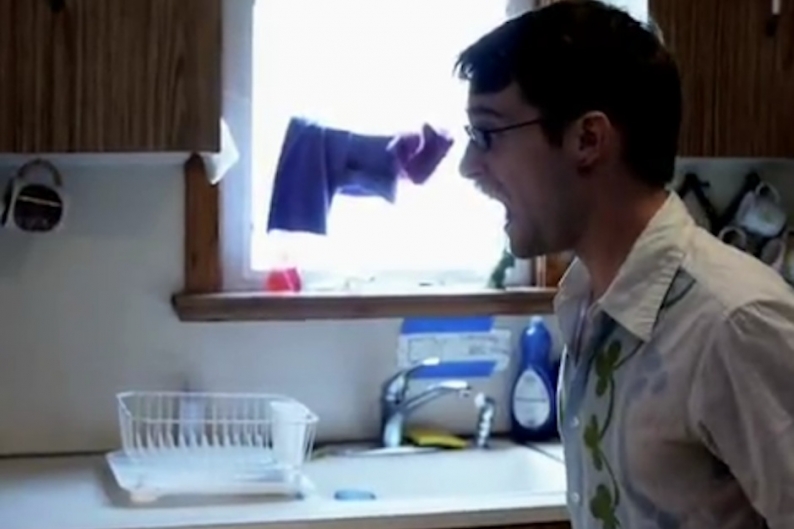 New Jersey strange-punks Screaming Females have just released a second video from their April LP Ugly, and it turns out to be a sequel. The clip for “Leave It All Up to Me” picks up six months after the gory conclusion to the Ken Castellano-directed “It All Means Nothing,” released in February. That one started innocently enough, with an upbeat backyard band jam interspersed with shots of frolicking kitties. But soon we discover that singer Marissa Paternoster has been dismembering her fuzzy friends.

Naturally, her bandmates Jarrett Dougherty and King Mike did what was necessary: they returned the favor on behalf of feline kind. But with “Leave It All Up to Me,” a gang of mournful Goths (is there any other kind?) resurrect Paternoster with a roll-out pentagram and a hellsent spell. A dead cat in the band fridge is the first sign that things have once again taken a turn toward the macabre. Be warned: as with the original clip, the B-movie blood and gratuitous gruesomeness makes this one inappropriate for work. Unless, of course, you work at a mortuary, biology lab or, say, for Quinton Tarantino.

Part One, “It All Means Nothing”