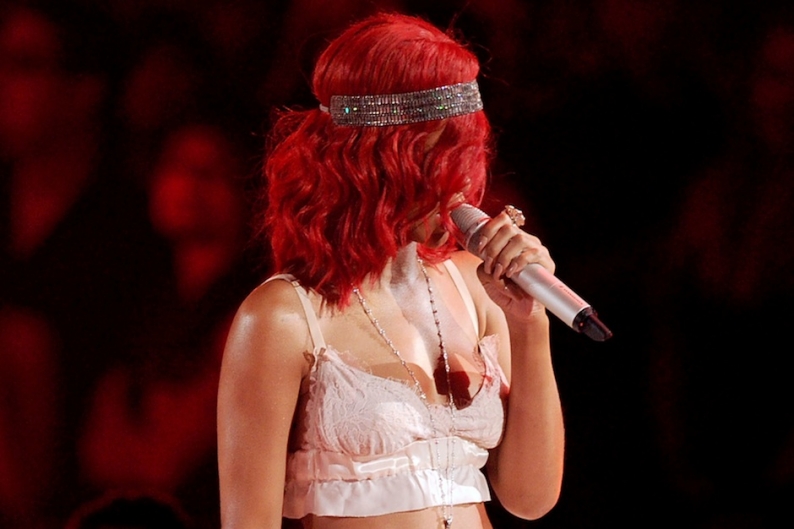 So, Frank Ocean, Ke$ha, and the Fierce Five Olympic gymnasts walk into an arena. We’re not sure of the punch line yet, but follow our coverage of the upcoming 2012 MTV Video Music Awards and it’s sure to come. The 28th installment of the annual ceremony takes place on Thursday, September 6, at the hulking Staples Center in Los Angeles and the lineup is becoming, as is to be expected, a veritable who’s who of currently hashtaggable humans. Today’s announcement adds not only Odd Future’s rising R&B star to the list of live performers (Ocean is up for Best New Artist), but the grossly nominated Rihanna as well.

Previously announced performers include TV-bred boy band One Direction and VMAs all-star Taylor Swift, plus Pink, Alicia Keys and Green Day, who — really — are just now having the time of their life. 2 Chainz has been added as a presenter, though we’re concerned that he might end up giving himself the Moonman. Ke$ha too is taking up envelope-opening duties alongside folks like Miley Cyrus, Wiz Khalifa, Mac Miller and the gold-winning U.S. women’s Olympics gymnastics team — a.k.a. Gabby Douglas and the Fierce Five (please tell us they’re starting a band).

Considering Swift’s recent sales triumph over Ke$ha, we have to wonder if their roles would be swapped had the latter usurped the former. At the very least, this opens up the possibility for another untimely interruption for the country-pop ingenue. Your move, Ms. Sebert.

MTV VMAs: Here are All of the Winners