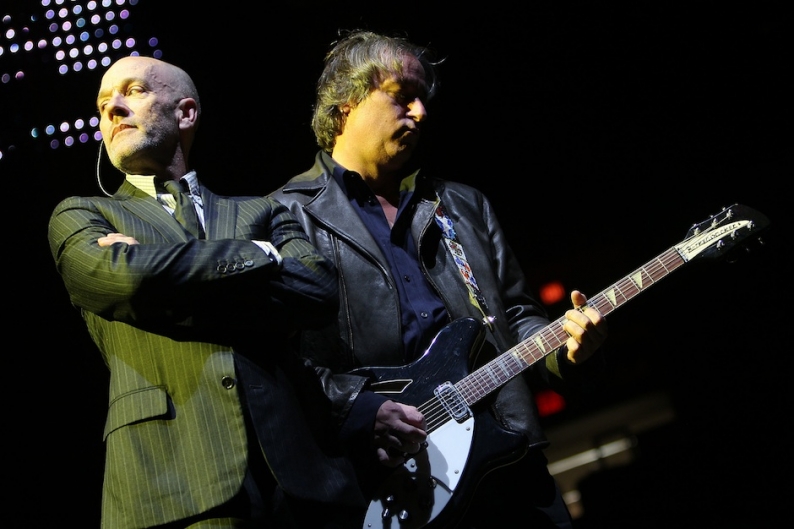 Since disbanding last September, the members of R.E.M. have not disappeared. Frontman Michael Stipe has used his Tumblr to reveal parts of him we didn’t know existed, bassist Mike Mills hasn’t been shy about how he feels post-breakup and guitarist Peter Buck has been releasing songs with a band called the Baseball Project. Now news is spreading of Peter Buck’s band &#8212 Richard M. Nixon — and a solo album under his own name.

In correspondence with Seattle Weekly (via Slicing Up Eyeballs), Young Fresh Fellows vocalist-guitarist and former R.E.M. session axman Scott McCaughey announced Buck’s return. The group Richard M. Nixon, he said, will feature Buck, McCaughey and former Ministry drummer Bill Rieflin, who sat in with R.E.M. in their final years, and they will make their live debut with the Young Fresh Fellows at the Sunset in Seattle on September 21 and 22.

McCaughey also says the self-titled solo album, which will come out under Buck’s own name as early as next month, at first as a vinyl-only release, and will feature some notable guests. Corrin Tucker of Sleater-Kinney fame has made some vocal contributions, as has R.E.M. bassist Mike Mills and McCaughey, and Patti Smith Group guitarist Lenny Kaye has played guitar on the record. Perhaps the most notable surprise on the LP, performance-wise, though, will be the smooth vocal stylings of the usually tacit Peter Buck.