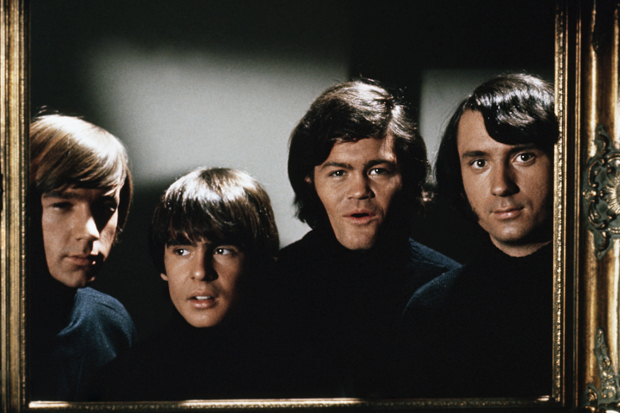 Before Monkees singer Davy Jones died of a heart attack on February 29, his bandmate Peter Tork said the foursome had been plotting a reunion tour, which would have been the original lineup’s first shows together since 1997. In March, he said, “We were looking forward to more tours. But those won’t happen — at least not with Davy.”

Evidently the second part of his statement was flexible, because the surviving members of the Monkees have announced a tour this fall. It will also mark the first time Michael Nesmith plays with Tork and Mickey Dolenz publicly as the Monkees since 1997. “This seems like a good time to do this — the right time,” Nesmith said per Rolling Stone, perhaps anticipating chants of “too soon!” so shortly after Jones’ death. “Who knows when we will get another chance?”

When ’90s reunion fell apart, it was Jones who was none too pleased with Nesmith. “We made a new album with him, he toured Great Britain with us…then all of a sudden, he’s not here,” Jones reportedly said. “Later, I hear rumors he’s writing a script for our next movie. Oh, really? That’s bloody news to me. He’s always been this aloof, inaccessible person…the fourth part of the jigsaw puzzle that never quite fit in.”

See where the Monkees ranked on our list of rock’s most hated bands.

Throughout the ’90s, various incarnations of the Monkees have toured together. Jones, Tork and Dolenz hit the road again later, but fired Tork briefly. Many of the Monkees toured individually at this time through the 2000s, and Jones continued to express his discontent with his bandmates. Last year, Jones, Tork and Dolenz put their differences aside and played did a 45th anniversary tour of the U.K. Despite having been in touch with his fellow Monkees, none were in attendance at the private funeral his family held.

According to a statement from the band’s reps, “Plans call for Jones to be saluted in the show’s multimedia content. Although Davy’s absence will undoubtedly be felt by the Monkees and their fans, these concerts will be an opportunity to share their memories amidst the music and the movies that brought them together.” Let’s just hope “multimedia content” does not mean a hologram.