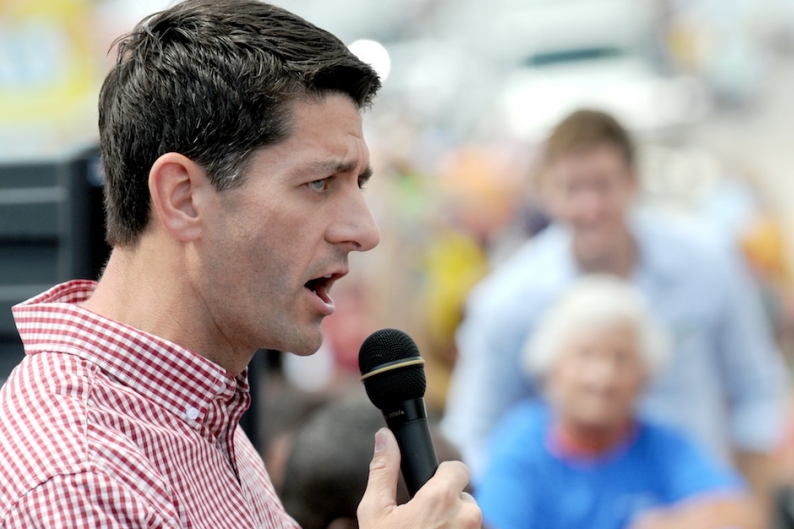 Zach de la Rocha, Tom Morello and the rest of leftist rock agitators Rage Against the Machine are likely going to be pretty bummed to learn that MTV has spotted a recent New York Times profile of Paul D. Ryan, the politician Republican Presidential Candidate Mitt Romney has picked as his Vice-Presidential running mate, that reveals that the “Killing in the Name” rockers and Occupy Wall Street supporters are one of his favorite bands.

Ryan, 42, is the first Gen Xer to run in a presidential campaign. So regardless of the fact that he cosponsored a bill that would ban abortions and voted against another that would help women get equal pay for equal work, his place in an evil empire won’t prevent him from enjoying songs on Evil Empire. No one from Rage has commented so far on the association, but only time will tell if the group is invited to play the Republican National Convention, as they did of their own volition, causing a ruckus in 2008.

The “favorite music” listed on Ryan’s Facebook page includes “Led Zeppelin, Grateful Dead, Metallica, Beethoven, Hank Williams, Jr., and more.” We know what’s on Obama’s iPod, but maybe it’s time Joe Biden steps up and admits his passion for dubstep or something so we can have an interesting vice presidential debate.

Also notable: In a Daily Beast story detailing “fun facts” about the new candidates, we learn he drove Oscar Meyer Wienermobile as a summer job.