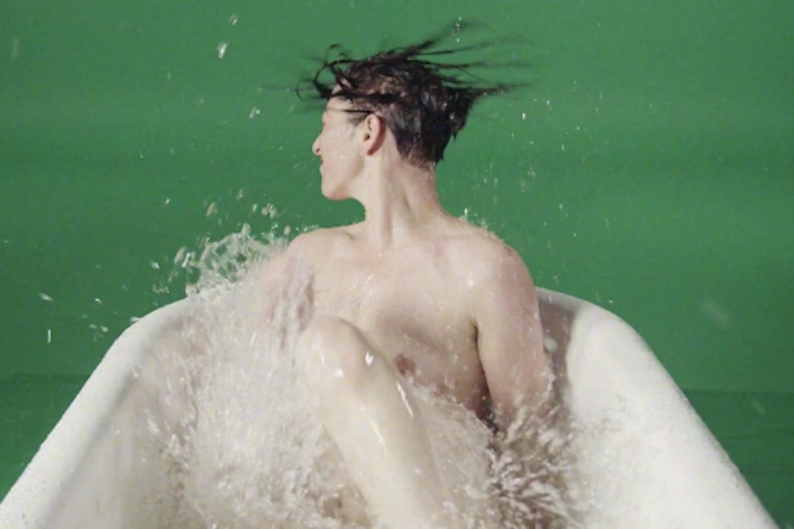 The Flaming Lips and Amanda Palmer invite you to experience Heady Fwends track “The First Time Ever I Saw Your Face” again — for the, uh, first time (via the Future Heart and Pitchfork).

Erykah Badu, you might recall, sang on the original version of the song, an out-of-this-world highlight from the Lips’ recent collaborative album. She then appeared nude, along with her sister Nayrok, in an NSFW video — a video which Badu immediately slammed and Lips leader Wayne Coyne later removed (though not without suggesting the dustup was part of Badu’s plan all along).

Dresden Dolls singer Palmer ably fills in on vocals for the song’s latest, still-NSFW video. Once again in slow-motion, once again running about five minutes, and once again centering around a nude woman in a bathtub, the new clip blessedly ditches the shots of female body parts covered in questionable foreign substances and is, on the whole, a more toned-down affair. Palmer, who previously made a video in support of pubic hair freedom, certainly seems less likely to turn around and repudiate this one.

That’s particularly true considering that Coyne is directing the forthcoming visuals for Palmer’s “Do It With a Rock Star,” which, tweets suggest, will be both literal and, one more time, NSFW. If there was anyone who thought the Flaming Lips might start acting a little less zany now that a multiple Tony Award winner is about to debut the long-awaited Yoshimi Battles the Pink Robots musical, well — was there anyone who really thought that?