Mitt Romney: ‘The Killers Are One Group I Enjoy’ 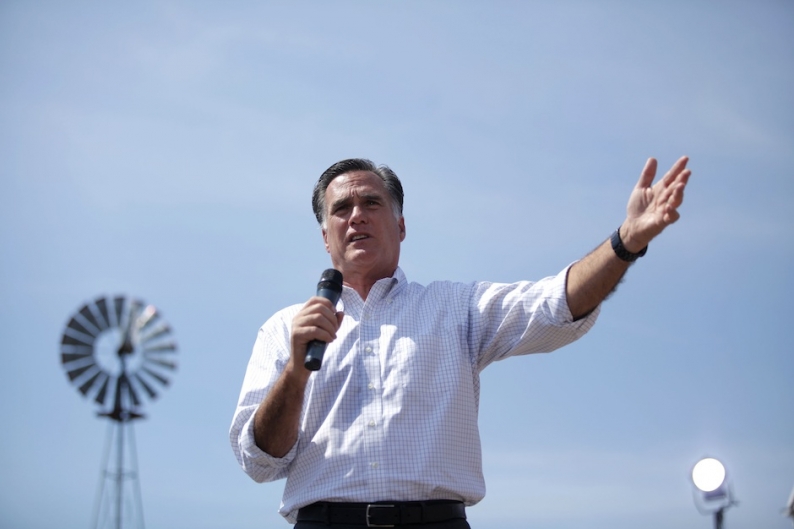 Few presidential candidates have had their musical taste and knowledge scrutinized by as many artists as this year’s Republican offerings Mitt Romney and Paul Ryan. Sure, Bruce Springsteen wasn’t especially pleased with Reagan’s use of “Born in the U.S.A.” in ’84 and Tom Petty insisted George W. Bush back down from using “I Won’t Back Down”. But the sheer number of musicians making statements in protest to Romney and Ryan’s taste is overwhelming: after Paul Ryan said he dug Rage Against the Machine, that band’s guitarist Tom Morello fired a rage-filled missive back at him. Silversun Pickups asked the campaign to stop using their music (while Devo and Ry Cooder wrote songs about Romney’s mistreatment of his dog) and this week Dee Snider proclaimed he’s not gonna take Ryan’s use of Twisted Sister’s “We’re Not Gonna Take It.”

So time will tell who will be pleased and who will be pissed at Mitt and his wife Ann’s list of some of their favorite bands, as revealed in an interview with Parade today. When Romney suggests that he’d like to entertain guests in the East Room of the White House with “a performance of some kind,” interviewer Lynn Sherr asks, “Like what?”

“Well, I would certainly want to hear from the Beach Boys, even though I know it’s not the same group it used to be,” Mitt said. “Also Garth Brooks and Kenny Chesney and Toby Keith, and today’s rock stars — the Killers are one group I enjoy.” (Killers frontman Brandon Flowers, like Romney, is Mormon.) He also later said, “I’d let Alabama come back and sing again, and Aerosmith. Different eras.”

His wife simply said she enjoys jazz, pop, rock and classical music, and that the couple has “a friend in the Eagles.” (Rolling Stone notes that the Eagles’ former lead guitarist Don Felder will play the Republican National Convention next week.) They did not mention any of the musicians who have come out in their support of Romney (or in opposition to Obama) such as country artists Hank Williams, Jr., the Zac Brown Band and Lee Greenwood or rockers Journey, Kiss’ Gene Simmons or Kid Rock.

Eventually, Mitt realized, “These are not all Republicans, by the way. Some may turn us down, but —” to which Ann rejoined, “No, they would die to be mentioned.” Let the fallout begin.