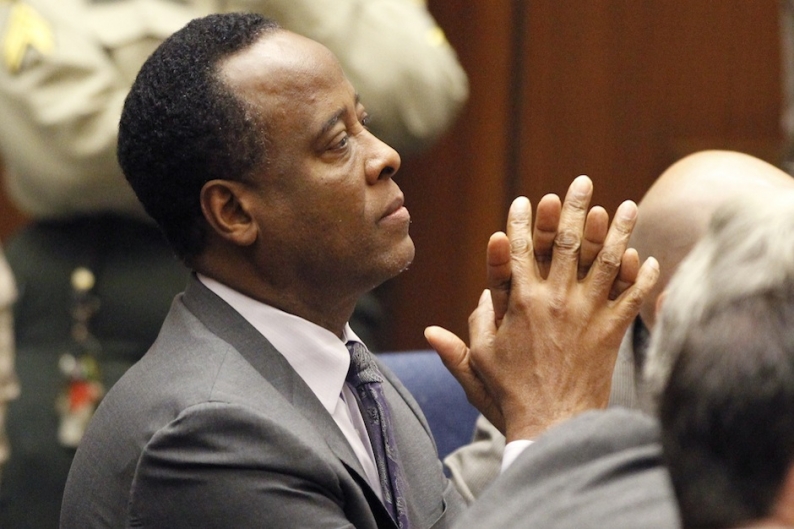 In a somewhat surprising turn of events, Michael Jackson’s enterprising father, Joe, has dropped a wrongful death lawsuit levied at the pop star’s former doctor, Conrad Murray, according to the Guardian. Joe had filed the suit in June 2010, on the one-year anniversary of Michael’s death, though his attorneys later had to re-file in an L.A. state court after a federal judge rejected the case. The suit claimed that Murray did not keep satisfactory records about treating Michael and lied to doctors and paramedics about the nightly doses of propofol he was administering to the King of Pop. Joe was seeking damages for loss of income, emotional distress, and pain and suffering. Court records do not explain why Jackson dropped the case, though the Guardian points out that two attorneys who were on the suit are, as of recently, no longer allowed to practice law in California.

“It’s good finally that this case is dismissed and gone,” Murray’s attorney Charles Peckham is quoted as saying. “It’s pretty clear that Joe Jackson intelligently and smartly dismissed this case so he, his wife and children can focus on Michael Jackson’s life instead of the circumstances of his death.” As for Murray’s feeling toward the Jacksons, Peckham said, “His heart goes out to them.”

Murray is currently serving four years after being convicted of manslaughter. Murray pleaded not guilty and offered different theories about why Michael died.

Although Joe has dropped his case, Michael’s mother Katherine, who recently made headlines after a possible “physical altercation” with Michael’s siblings, is apparently still pursuing a case against concert promoters AEG for having allegedly negligently hired and supervised Murray while Michael planned his “This Is It” shows.

For a detailed, in-depth look at the inner workings of the what’s going on inside Jackson clan, including the drama concerning Katherine, who’s taking care of Prince Michael Jackson II and the other kids, and what happened to Michael’s millions, click here.

In lighter news, the elaborate Bad 25th anniversary edition box set is still underway, which will feature a documentary by Spike Lee containing unseen footage. It will also contain a remastered version of the CD, a disc of demos, and a DVD of Jackson’s 1988 Wembley Stadium concert, taken from Jackson’s own VHS copy.