Mariah Rolls With the Punches in Bawse-y ‘Triumphant’ Video

Has boxing been good to you? 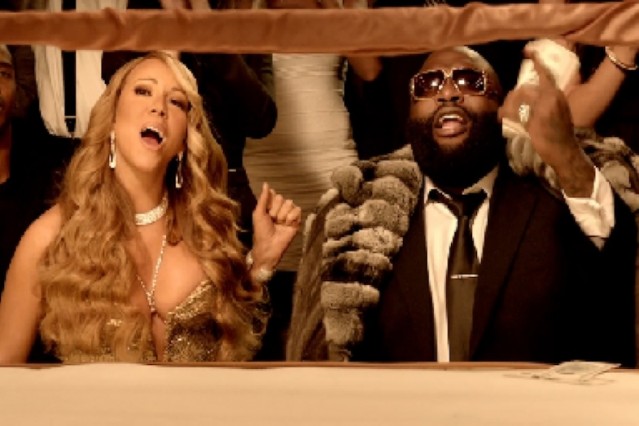 “Stay on your toes / Get off the ropes,” Mariah Carey trills on “Triumphant (Get ‘Em),” which most recently follows Muse’s “Survival” in the dubious canon of vaguely inspirational SportsCenter bait. As if to drive home the athletics connection, husband Nick Cannon fleshes out the lyrics’ boxing imagery in his video for the superhuman diva’s first new music since 2009’s Memoirs of an Imperfect Angel. It’s expensive-looking and cinematic, with Meek Mill in the ring, Mariah strutting across the ring holding up round-number signs, and Rick Ross ringside in furs (Carey is beside him, too — not sure if she’s supposed to be in character still as the sign-carrier or what … she’s wearing different jewelery! — as is DJ Khaled, who appears only to shout his “We the best!” tagline). Reach for the stars, keep on climbing, be all that you are, and remember, Carey will be judging another competition — American Idol — as well as joining No Doubt for an NFL season kickoff show. Why you so obsessed with synergy?

Read our guide: Everything You Need to Know About 2012’s Next Big Pop Albums