Don't get too excited about "PartyNauseous," the upcoming Kendrick Lamar and Gaga collaboration 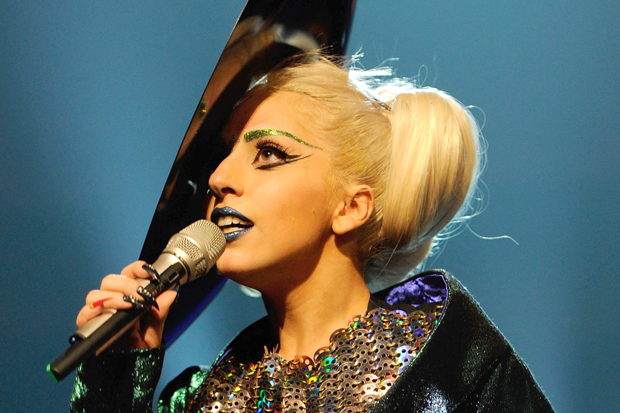 Last month, Lady Gaga and Kendrick Lamar began tweeting at one another. On July 4th, Gaga directed a tweet at Lamar that said, “What a sweetie calling me this morning to see how I’m doin. See you soon. Love from across the pond. #Rigamortis.” A follower then asked Gaga, “Are all of your fans gonna jump on him now?,” to which Gaga answered, “I hope so. He and his lyrics are the shit.” And so, Gaga became a hip-hop tastemaker.

On July 15, at the Pitchfork Festival in Chicago, Gaga was spotted backstage during Lamar’s set. The same day, Lamar tweeted, “The power is in my hair nigga!!!,” an indirect reference to Gaga’s Born This Way song, “Hair.” Gaga retweeted Lamar’s shoutout, and also said this: “@kendricklamar #womenweedandweather listening to The Recipe. Can your new album come out now so i can go out to clubs and dance again.” Last week, Gaga announced, via Twitter, that she would be featured on the single from Lamar’s upcoming debut album good kid, m.A.A.d city, whose current release date is October 12. The Lamar/Gaga single is called “PartyNauseous,” and it will be out September 6. The news of a Kendrick Lamar and Lady Gaga single is more intriguing than exciting. It’s the result of a two-month long Twitter hype between two Interscope labelmates and it immediately brings to mind Wale’s 2009 Gaga-featured non-starting single “Chillin’,” off the then-next big thing’s major label debut, Attenion Deficit.

Now that Wale is an Maybach Music Group’s middling middleman MC, it seems hard to imagine, but there was a time when he was seen as an exciting young rapper with a lot of potential. Wale burst out of a burgeoning Washington, D.C. rap scene — cleverly marketed as “the DMV” (DC, Maryland, Virginia) — and he did things like rap over Justice’s “D.A.N.C.E.” with an inspiring hint of Lil Wayne’s seemingly singular ability to turn someone else’s song into his own. His 2008 Seinfeld-themed The Mixtape About Nothing was regarded as one of the year’s best — at a time when it was still taboo to include a free download on a year-end list.

But “Chillin'” was a mess. Gaga mimicked M.I.A. on it for some reason, and its cloying pop appeal seemed to violate much of what Wale had built over the previous few years. It wasn’t a Wale song and it wasn’t a Gaga song with Wale wedged in there somewhere, either. “Chillin'” became something of an Internet rap watershed moment: The first in a series of disappoints from a well-regarded blog rapper who jumped to the majors and dropped most of what made him exciting.

Another failed combination of rap and Gaga: In 2009, the “Fame Kills” tour featuring Gaga and Kanye West was cancelled, though that was largely perceived to be a result of the bad press surrounding West in the days and weeks following his infamous VMAs moment with Taylor Swift.

A major label trying out bad idea that’s failed before one more time isn’t a surprise, but the parallels between Wale and Lamar — buzzing rappers with some pop appeal breaking through with the help of the decidedly non-hip-hop Lady Gaga — are hard to ignore. Coupled with the “Fame Kills” debacle, there’s evidence that using Gaga to raise a rapper’s profile is a poor investment. Much of this has to do with Gaga ultimately being more of an old-fashioned rock act than a rap-friendly dance act — dance being a genre that superficially at least, has connections to hip-hop. Gaga is a traditionalist, who uses her big voice and piano chops as code to rockist Bob Lefsetz types that she’s “authentic” (SPIN’s Caryn Ganz brilliantly compared Gaga to Fiona Apple), all the while, smuggling subversive challenges to hetero-normative trends inside big blasting dance music (which was once the place for music that challenged hetero-normative trends). Hip-hop however, is at its best when it ends up as pop music — not when it reaches with a little help from a fully-formed pop star.

Unlike Wale however — and maybe even because of Wale — Lamar has been planting the seed for these kind of fan-betraying crossover attempts. Section.80’s “No Make-Up (Her Vice)” featured Colin Munroe on the hook and tracks like damn-near-EDM-rap “Spiteful Chant,” suggest a willingness to collaborate that does his work no favors but moves his career along quite nicely. But even Section.80’s success seems to exist in spite of these forced fusion rap songs, not because of them. The tracks that established Lamar are bugged-out raps like “ADHD,” and Gaga-approved “Rigamortis.”

Even recent good kid m.A.A.d city singles like “The Recipe,” featuring Dr. Dre, “Westside, Right on Time” with Young Jeezy, show Lamar reining it in a bit. Both songs are examples of the rapper stealthily smoothing out his rough, interesting edges, and dishing out a simple direct song that will float through radio playlists like innocuous singles from J. Cole and Wale. The songs work, but they display none of Lamar’s talents. So, a clunker of a Gaga collaboration with a machine behind it may not have the same shocking effect that “Chillin'” had on Wale’s fanbase, and it’s even worth the cred-ending gamble. It’s like Kendrick Lamar has been prepping his fans for disappointment.