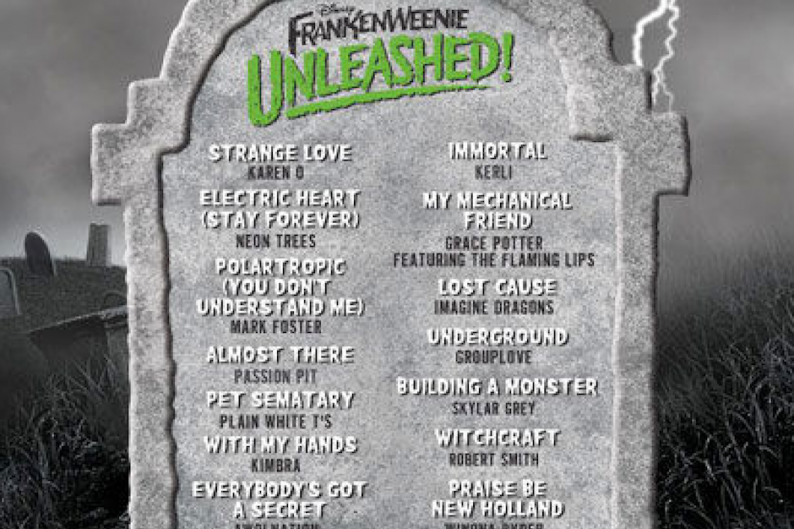 On the heels of guesting on dark-leaning noise-rockers Swans’ latest LP and staging her “psycho opera” Stop the Virgens (not to mention last year’s duet on Led Zep’s “Immigrant Song” with Trent Reznor), Karen O is contributing a song to Tim Burton’s forthcoming black comedy Frankenweenie Unleashed! The Yeah Yeah Yeahs frontwoman has penned “Strange Love” specifically for the film, which is a black-and-white 3D IMAX remake of the director’s 1984, Disney-sanctioned B-movie schlock short about a boy bringing his dog back to life. The soundtrack will also feature songs by the Cure frontman Robert Smith, occasional Burton muse Winona Ryder (who provides a voice in the film), Passion Pit, Kimbra, a duet between the Flaming Lips and Grace Potter and more. (See the full track list below.)

According to a recent interview with Rolling Stone, Karen O’s appearance on the soundtrack came relatively naturally. “I was thinking, ‘Oh yeah, this man shaped my artistic sensibility over the past 20 years alongside thousands of other impressionable offbeat youths,'” she said. “Tim wanted an unconventional unconditional love song.”

As for the actual sound of the song, the singer said she drew inspiration from the sorts of B-movies Burton references in Frankenweenie. “I went in the direction of exotica and calypso stylistically because it’s quirky, good vibes music of that era, and when you throw in a Theremin solo, it’s a marriage made in heaven,” she told Rolling Stone. “I remember Beetlejuice introducing me to the genius of Harry Belafonte’s calypso record, so I wanted to give a nod to that, too.”

7. AWOLNATION, “Everybody’s Got a Secret”

9. Grace Potter With the Flaming Lips, “My Mechanical Friend”