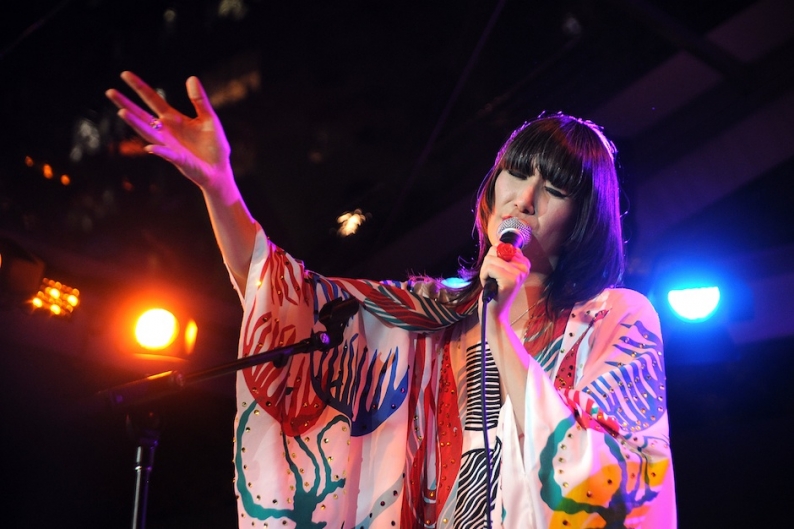 Love may or may not be strange, but in this case it’s definitely quirky. Karen O’s new song for the soundtrack to Tim Burton’s upcoming movie Frankenweenie Unleashed! aired over the weekend on BBC Radio 6, and it turns out “Strange Love” is a lighthearted ditty that’s true to Burton’s trash-into-treasure style. In a Rolling Stone interview, the Yeah Yeah Yeahs frontwoman described what the director wanted as “an unconventional unconditional love song,” so what we get is in the realm of the Moldy Peaches song made famous by Juno, or the White Stripes song that featured in Napoleon Dynamite, except cleverly filtered through a kitschy Plan 9 From Outer Space sci-fi mindset. O has cited exotica, calypso, B-movies, and Harry Belafonte’s Beetlejuice music as the song’s influences, plus a Theremin solo. Say her name three times, and listen to “Strange Love” below: Karen O, Karen O, Karen O… (via Fake Walls)