First track from the Interpol singer and guitarist's 'Banks' LP, due out October 23 via Matador, showcases a more delicate side 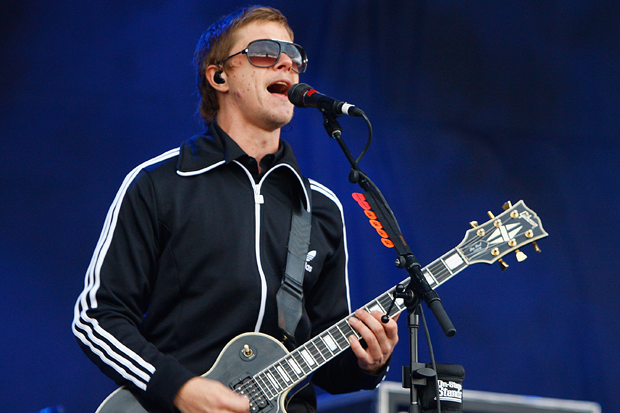 Between Jay-Z awkwardly shouting out Banksy and the ongoing emergence of Harlem rapper Azealia Banks, 2012 is shaping up to be a year for keeping up with the Bankses like none since the financial crisis (or at least since Interscope dropped G-Unit rapper Lloyd Banks). And now Interpol singer-guitarist Paul Banks has revealed he will be releasing his first solo album under his own name, simply titled Banks, on October 23 via Matador. The 10-song set, recorded in New York and Connecticut with producer Peter Katis (Interpol, the National), follows Bank’s recent ulian Plenti Lives… EP and a 2009 solo album under Banks’ Julian Plenti alias. Plenty of Banks!

Following the nicely spacey EP cut “Summertime Is Coming,” the latest track to emerge from the album is opener “The Base,” a fine piece of moody, baroque rock that calls to mind the Notwist or Katis’ work with Sigur Rós frontman Jónsi. Banks’ forbidding baritone rings out through the type of downcast, metronomic guitar strums familiar from his day job, but he allows himself to sound unusually vulnerable in delicate orchestral passages, and the whole arrangement is fleshed out by flickering acoustic guitar and simple electronic beats. “Now and then I can see the truth above the lies,” Banks repeats, with welcome hopey-changiness. You can download the whole thing here (right-click and save), and be sure to start hoarding your pennies for Banks when it arrives this fall.