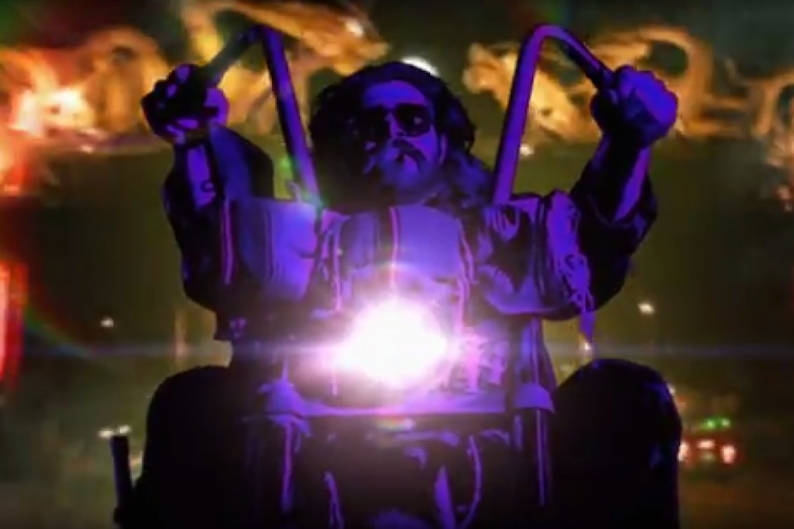 After missing this summer’s Mayhem Fest due to a months-long stint in rehab for alcohol abuse, High on Fire frontman Matt Pike has returned to the stoner-metal band just in time for the unveiling of a trippy, weed-inspired video for the song “Fertile Green,” off their latest, De Vermis Mysteriis. In a statement, Pike said, “As I acclimate back to society, I realize the beast within is even sharper and stronger!” And that’s good news, considering he’s also been hanging out with the members of his other drug-inspired group, Sleep, who recently reissued their landmark album Dopesmoker and leaked a hilariously goofy photo proof sheet (viewable as a PDF here), featuring Pike on the far right. But for now, it seems the guitarist’s chief concern is getting High on Fire back on the road; the trio has planned some Australian dates in September. Until they do a full U.S. tour again, though, we have this video.

“Fertile Green” dovetails into the overarching concept of De Vermis Mysteriis. As detailed in our review, it tells the story of a twin brother of Jesus Christ who died at birth and subsequently has the ability to travel through time and assess his brother’s impact. Directed by Phil Mucci (Korn, Opeth, Halestorm), the highly stylized, color-saturated clip stars comedian James Frey as the motorcycle-riding Christ twin Balteazeen. In it, he travels through a post-apocalyptic, weed-overgrown wasteland (including a few NSFW shots where marijuana replaces a mountainous woman’s private parts) to meet an “Oracle of Green,” who blows smoke into his mouth before he visits a city containing cross-shaped skyscrapers. As he rides away, green smoke helps him replicate the album cover, to make for an especially psychedelic visual. Welcome back, Pike.