Hear the Chart-Topping Single From Japan’s N.E.W.S.: Like If Escort Were a Boy Band 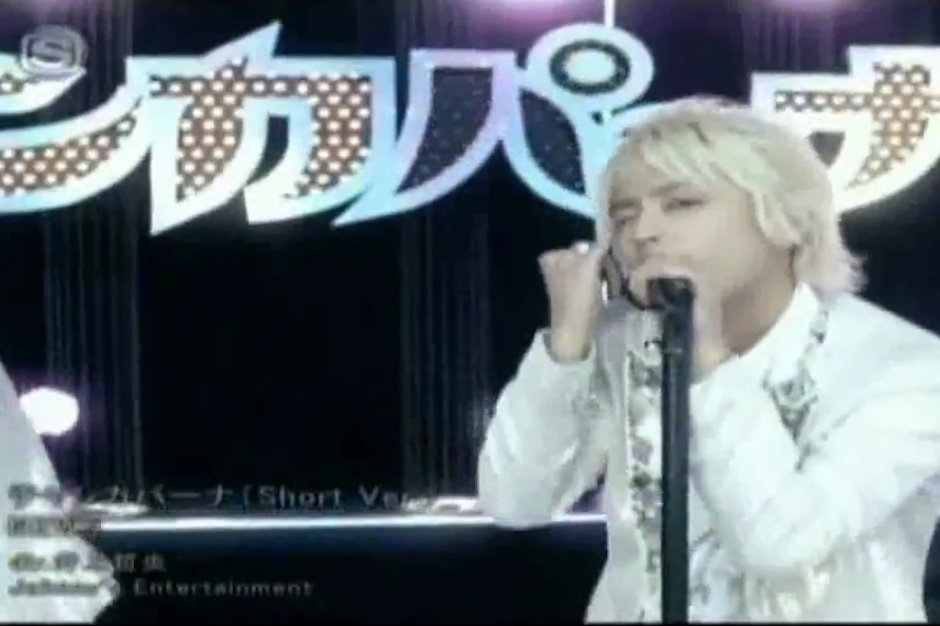 Tokyo pop group N.E.W.S. has been flourishing under the watchful eye of Japanese boy band kingpin Johnny Kitagawa for close to a decade now despite some substantial lineup changes. They’re down to a quartet these days, and all the remaining members have aged from tween-dream up to cool-uncle, so this summer they’ve decided to celebrate their longevity and newfound seniority by releasing a greatest hits comp with a deluxe edition that includes a third disc of all-new material. The single “Chankapana” has become the main marketing hook for both the album and the group’s new configuration, and it has performed admirably on the Oricon pop chart, claiming the No. 1 slot upon its initial release in late July.

The title is a term of endearment, so “Chankapana” is fittingly stuffed with equal amounts of starry-eyed kitsch and sugary syrups. All of disco’s silliest flags are proudly flying at full mast — it’d probably seem like a caricature if it weren’t also so tightly executed. Aside from the language barrier and a few brief flutters of contextually-appropriate plinks from Eastern string instruments, this could pretty much pass as a prime cut from the unheard depths of the ABBA catalog.

Then again, since N.E.W.S. is quite pointedly delivering a largely outmoded musical genre to their younger audience, perhaps a better analogy might be Gloria Estefan, whose intense cover of “Turn the Beat Around” did the same in 1994. Or even Escort, who have been playing that role with contemporary Brooklynites since long before their hotly anticipated 2011 debut album finally came out, with a humongous horn section in tow every step of the way. N.E.W.S. do as fine a job as any of the above, and with the added shimmer of a meticulously groomed boy band.

But as the the arrangements grow more elaborate, there quickly approaches a limit beyond which the phrase “boy band” seems unjustly dismissive. We’re well past that point here; even with canned keyboard string patches, the sheer complexity of the interlocking melodies in the background throughout “Chankapana” far surpasses anything on Escort’s release, so once you’re done swooning you can also find your way to a reading that’s at least slightly more mature. Revivalists like Antibalas and Daptone Records have arguably been ground zero for killer horn sections over the past few years, but theirs is an often highly serious trade descended from weighty soul songs about life and abstract analyses of emotion, whereas “Chankapana” is more like a round of delirious schoolyard giggles that just happen to be routed through the mouthpiece of a trumpet. And that’s just fine, because the universal language isn’t always music — sometimes it’s cheese.