Australian drone seismologist Oren Ambarchi has been remarkably, Pollard-ically busy in 2012, releasing five(!) albums before summer’s end — including collabos with Jim O’Rouke, Keiji Haino, Stephen O’Malley and Swedish jazzers Fire! Easily the best of the bunch (hell, one of the best avant-garde releases you’ll hear all year) is his upcoming Sagittarian Domain (out August 29 via eMego) , a 33-minute black acid trance-out that rides a Neu!-matic groove into haunting, ghostly pits of oblivion.

Usually known for sucking holes of pulseless drone, the now rhythmically energized Ambarchi uses a foggy half hour for his barely-there guitars to cross bubbling, boiling paths with the void-embracing gloom-pulse of Beak>, the endless boogie of Wooden Shjips, the colorful trips of Finnish kraut-rockers Siinai, and the post-metal currently washing up in Isis’ wake. By the track’s end, a string section takes over in a wash of ambient, Gavin Bryars-gone-goth swoon that wouldn’t sound out of place on either FatCat or Profound Lore.

“I felt totally energized and inspired, as we were racing against the clock,” says Ambarchi, who accidentally recorded the album in one of Australia’s best studios, so was especially aware of time and budget. “The ideas were flowing and I felt extremely grateful that I could run with these ideas as soon as they came to me. When it was done I was totally exhausted and felt like the whole thing was a dream or something.”

Ambarchi will be in America to play the Hopscotch Festival in North Carolina in Spetember, but until then, you can read our short Q&A with the man himself and hear Sagittarian Domain in its haunting entirety! 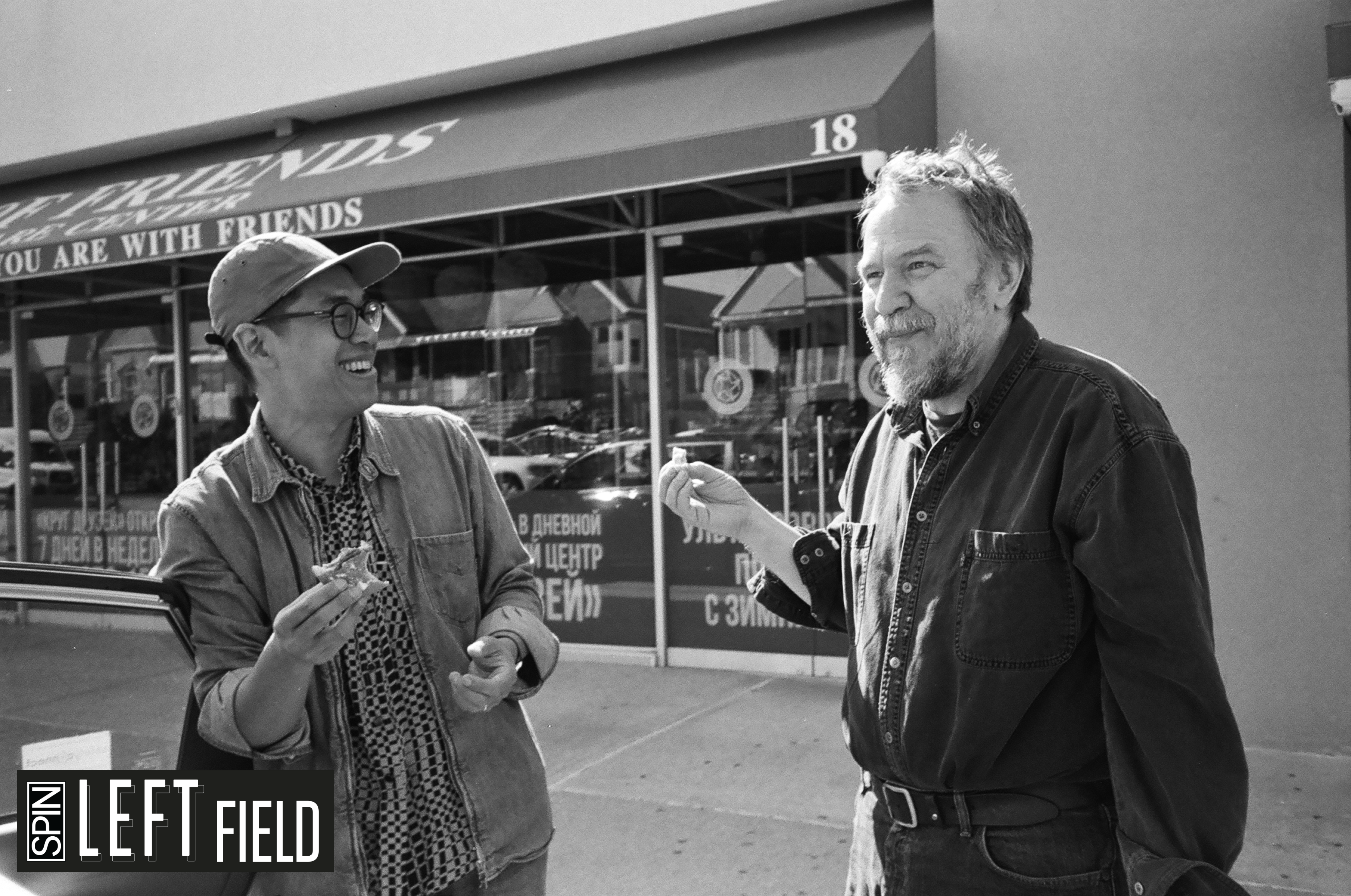 What do you remember about the recording session for this record?
I was asked to make some music for a film installation from a local Melbourne visual artist. There was no brief or much direction from him on what exactly was required. We’d booked a good studio and in the last minute for various reasons I was “upgraded” to the main tracking room at Sing Sing, probably the best studio in Australia. I had never worked there before but I’d heard about its reputation.

I seriously had no idea about what I was going to do when I walked in the door so that morning I brought in a bunch of things that I’d grabbed from home hoping they’d inspire me. This included my 3-year-old son’s cheap keyboard. I walked in the door and the first thing the owner said was, “Oh, that’s a cute keyboard.” As he uttered these words I looked over his shoulder and spotted myriads of vintage modular synths. “Oh,” I thought, and promptly left my son’s keyboard in the corner… I put my arm around the engineer and said “we’re going to make an album today”. He looked at me like I was crazy and said, “You’ll be lucky to walk out of here with a 10 minute piece.” We only had a day so we had to go for it. We worked our asses off non-stop.

What inspired the rhythm you play in this piece?
I definitely had a Faust-type rhythm in my head mixed up with the rhythm guitar playing from those early ’80s Compass Point-era Grace Jones records. Tranced out krautrock repetition meets cocaine fuelled slickness was definitely the vibe… The drums were laid down first in one take.

What were some of the directions you gave your string players?
A few weeks before the session I was on a draining long haul flight back to Oz from Europe. As per usual I found myself sitting there, trapped in my seat for hours, falling asleep whilst listening music on my headphones. I remember being in this strange dream state and hearing the end of Prince’s “Purple Rain” (the bit when the strings come in) and feeling blissed out yet feeling frustrated that the string section was so brief when it faded out abruptly. So that was one of the starting points that James Rushford and I discussed for the end section of this piece: Extended “Purple Rain” strings.

Just why are you releasing so many damn records in 2012?
Ugh, I’m trying to slow down but I can’t help it. I love making records, sorry! Actually I’ve been working on stuff whilst answering your questions…