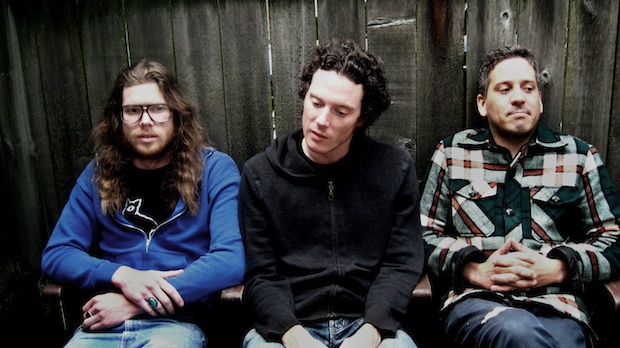 Helvetia’s current tour with Built to Spill isn’t the bands’ first trip together, and it actually unites two groups whose members have been touring on the indie-rock circuit since the ’90s. Jason Albertini, the main songwriter for Portland-based Helvetia, used to play with underrated space-rockers Duster. But the opening slot on the bill is no discredit to Helvetia’s talents: As with Duster or their slightly earlier contemporaries Flying Saucer Attack, Helvetia’s pleasures are understated but substantial. That’s fully evidenced by the gleaming haze of “A Mirror,” from their upcoming album Nothing in Rambling (due out September 11 on Joyful Noise Recordings). Self-produced by Abertini, the track’s murmured vocals, pounding drums, and whirling, effects-washed guitars, like an Ambien-popping variant on vintage PacNW indie rock, suggest a Built to Spill you’d space out to rather than sing along with. There’s nothing wrong with low-key.