Hear Bad Powers: A New Band Featuring 3/4ths of Made Out of Babies 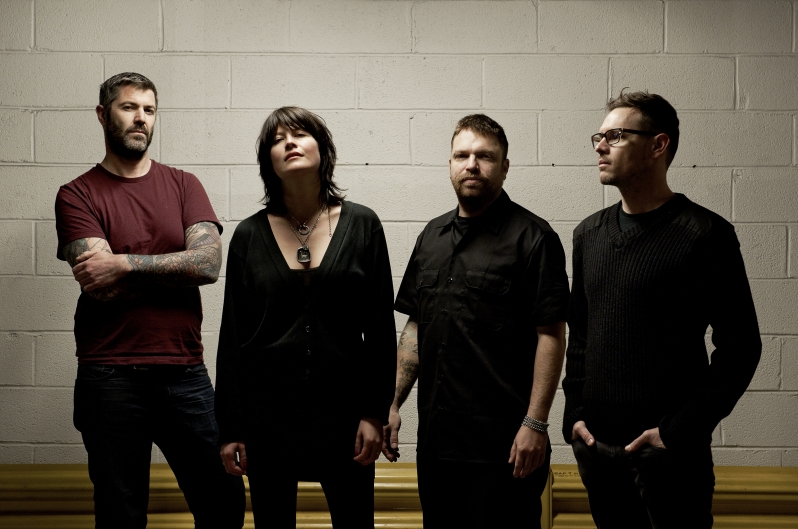 New York City’s Made Out of Babies was one of the great alt-metal sleeper acts of the ’00s — a noise-gnash scream-therapist skin-scratcher dogpile of Jesus Lizard, Neurosis, and early PJ Harvey. Former singer Julie Christmas has already dropped her Eat ‘Em and Smile with her “sorta-metal, sorta-sadcore” 2010 solo debut The Bad Wife and now the rest of MOoB are going straight 5150 without her: Guitarist Brendan Tobin, bassist Cooper, and drummer Matthew Egan are pushing forward as Bad Powers alongside versatile vocalist Megan Tweed.

With a sound more lithe and spindly than the bludgeoning Babies, the feel is like the lean, athletic sound of Faith No More making the switch over from Angel Dust to King For a Day (with just a touch of the violin-ready modern art-majestic pomp of, say, Kayo Dot). Their debut album, Bad Powers is due on MOoB’s old stomping grounds of the End Records on September 18, and you can hear the opening track, “New Bruises” below. It’s like Shudder to Think gunning for AmRep in three minutes or less.