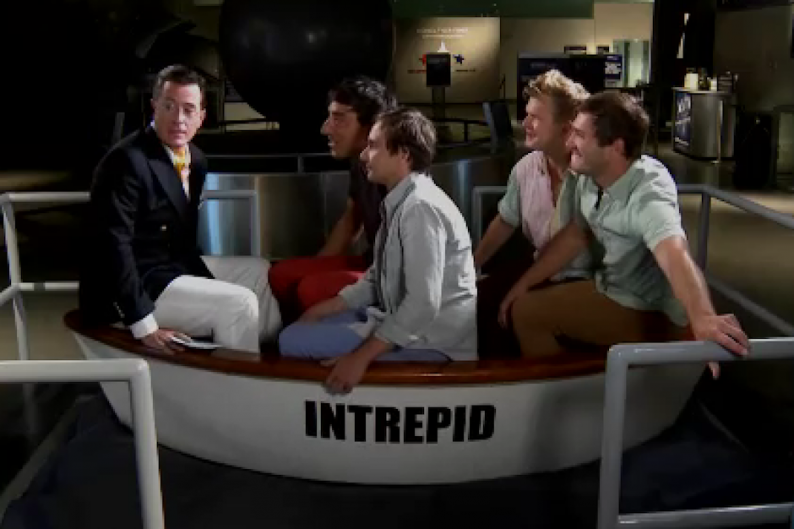 Sometimes it pays to rock the boat. Or at least to chamber-pop it sweetly. Grizzly Bear performed their first show in two years on Friday night as part of Colbert Report host Stephen Colbert’s second annual music festival, StePhest Colbchella ‘012: Rockaugustfest, held on the USS Intrepid aircraft carrier. In addition to playing vibrant versions of “Yet Again” and “Sleeping Ute,” both from September 18 album Shields, and 2009’s Veckatimest highlight “Two Weeks,” they also sat down for an interview with Colbert in a rickety lifeboat, which aired on last night’s episode. Though the pundit-comedian described the Brooklyn group as “it on a stick in indie bands right now,” founding member Ed Droste compared Grizzly Bear to the lifeboat itself (except less scary), as he and his bandmates bobbed alarmingly to and fro on the Hudson. Then Colbert got them to join him for a seasick round of “Row, Row, Row Your Boat”/”99 Bottles of Beer.”

Watch all three performances and the interview below.