Of all the acts bromiscuously booked for this year's  busy festival season, there's one ringer to rule them all 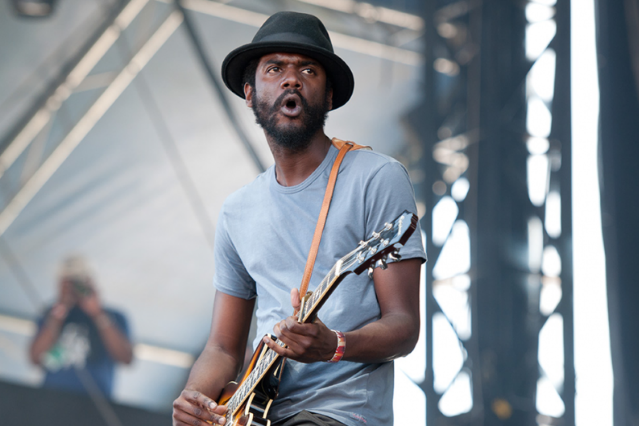 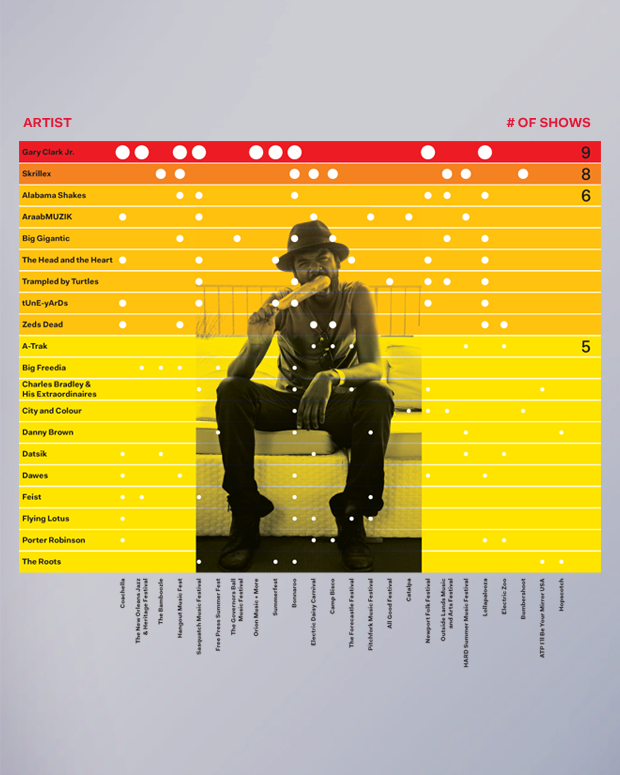 Yesterday, Gary Clark Jr. announced that he can boast something that Jay-Z, Pearl Jam, Skrillex, Drake and the rest of his Made In America festivalmates cannot — he gets to play both Saturday and Sunday. Gary Clark Jr.’s mix of Texas blues, sweltering hard rock, harder funk, and exploratory jammage could shake the moneymaker off of anyone. His virtuosic frenzy can follow Iron & Wine at Jazz Fest or precede Torche at Metallica’s Orion with similar ease, which is why he’s the king bee of the 2012 summer festival season. Clark explains how he earned SPIN’s coveted Golden Corndog.

Why am I on so many lineups? I’m honestly not sure. A lot of it has to do with my background: Austin, Texas, is kind of a nice little melting pot.

Coachella, I was really excited to get to that one. The energy was just big. To look out and see folks dancing kind of wildly, hear people singing, that’s pretty new to me. I was very surprised ?Metallica would reach out. It’s kind of wild. My friend Gilberto used to get me to come over and play the rhythm-guitar parts [to “Enter Sandman”] so he could play the lead stuff all over everything.

My least favorite thing about playing festivals ?is that I have allergic reactions to dirt and dust getting kicked up. It’s not hot to be walking around sneezing. People are like, “Oh, that was ?a good show.” “Ah-choo!”

There’s nothing like a music festival. People ?are ready to have a good time. I don’t think ?anyone comes to a festival going, “I’m gonna ?be a complete bummer today.”