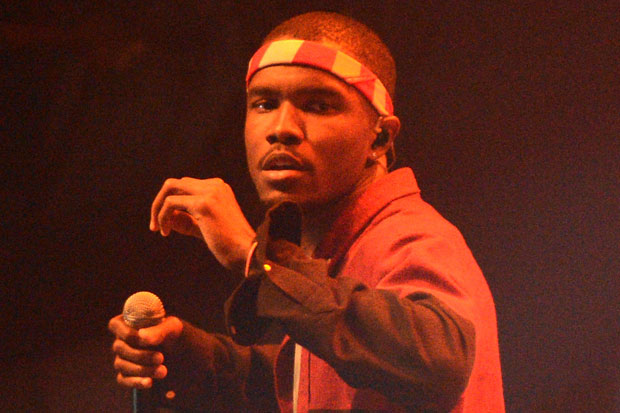 Frank Ocean brilliantly excelled at drumming up anticipation for his full-length debut album, the SPIN Essentials-stamped channel ORANGE. Remember the lack of interviews, the vague video pronouncements, or the way that, aside from a song or two, the Louisiana native managed to keep the whole album off the Internet until right when he released it, a week early, to accompany a spellbinding late-night TV performance? That’s to say nothing, of course, of Ocean’s nuanced and historic Tumblr post about loving a man.

The downside of that leak-free, perfectly orchestrated digital release, though, might be a delay of channel ORANGE’s arrival in the corporeal world. Sure, Ocean has probably held a CD of the release in his hands by now — recall that, as channel ORANGE was poised to make its debut at No. 2 on the charts, he acknowledged he hadn’t actually touched a physical copy yet. But the vinyl edition, which was originally set for a July 31 release according to multiple online retailers, now has no official arrival date. Numb the pain!

This morning, Amazon.com sent out an e-mail regarding our order of channel ORANGE on vinyl conceding it no longer knows when the record will be ready. “We do not have an estimated delivery date for the items below,” the message reads. Where Amazon.com’s product listing for the vinyl edition used to cite a July 31 release date, the text now reads: “A release date has not yet been set for this title.” Insound’s website agrees: “The release date has not yet been finalized.” It’s a bad religion, this unrequited love.

Of course, Ocean appears to be as eager to throw channel ORANGE on his turntable as we are. Speaking to the BBC’s Zane Lowe last month, he said that when he does get his fingers on the record, “It’ll be a glorious day for me personally,” noting that “I’m actually still designing the packaging for vinyl.” If you’re going to do something, you might as well do it right, we guess, but once again, the anticipation is murder. Maybe Ocean knows what he’s doing with this vinyl delay after all.

Spokespeople for Ocean didn’t reply to e-mail request for comment prior to deadline. In other Ocean-related setbacks, he reportedly ended his set early at Norways’s Øya Festival this week. As a blogger on hand Australia’s the Music reports (via FACT), Ocean performed channel ORANGE’s “Thinkin Bout You” and nostalgia, ULTRA.‘s “Novacane” and then left the stage. A spokesperson reportedly said, in Norwegian, that Ocean had lost his voice, an announcement that led to boos and shouting. “Sad faces all around,” blogger Sevana Ohandjanian writes. And, with apologies to Ocean muse Forrest Gump, that’s all we have to say about that.