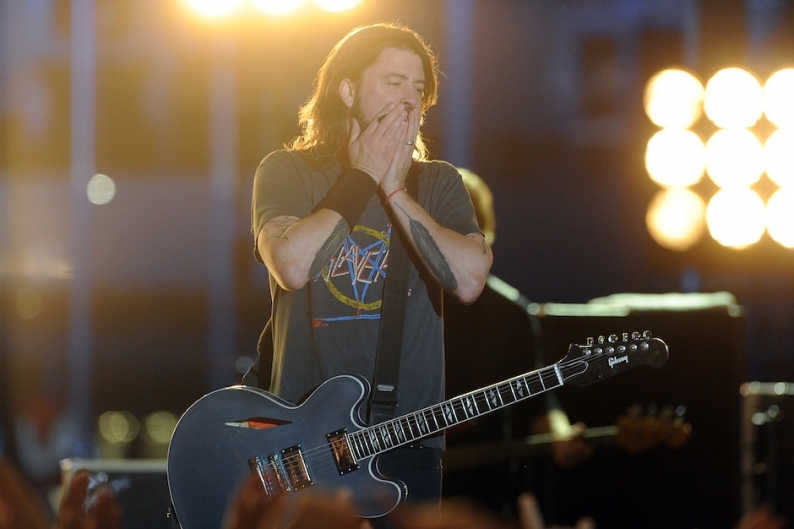 Foo Fighters are stepping up their support for President Barack Obama in the upcoming U.S. presidential election. The Dave Grohl-led rockers will perform at the Democratic National Convention in Charlotte, North Carolina, on September 5, according to the Hollywood Reporter. The Foos will be playing a Rock the Vote fundraiser alongside Jack Johnson, Asher Roth, and Motion City Soundtrack.

The Foos stayed out of politics for a long time, but they’ve been championing Democratic candidates for at least eight years now. In 2004, Grohl hit the campaign trail with Democratic presidential nominee John Kerry: “One of the reasons I did that with the Kerry campaign was because I was personally offended that George Bush was using [the Foo Fighters’] ‘Times Like These’ at his campaign rallies,” Grohl later told SPIN’s Andrew Beaujon. The band headlined an Obama fundraiser earlier this year, leading the president to exclaim, “Love the Foo Fighters!”

A scheduling conflict between the Democratic convention and MTV’s Video Music Awards had raised concerns among Democrats that high-profile artists might be unavailable to play convention fundraisers, so Foos’ participation shows at least one A-list group is opting for Charlotte over Los Angeles. News of the band’s involvement also comes as other artists have been drawing their battle lines: Kid Rock, 3 Doors Down, and Taylor Hicks are among the performers backing GOP nominee Mitt Romney at this week’s Republican National Convention in Tampa, Florida, while the National and Chris Cornell are playing a fundraiser for Obama in Des Moines, Iowa, on September 1.

The Foos’ DNC date might also clear up some confusion about the band’s plans. At the band’s set at the U.K. Reading Festival, during which Grohl also dedicated a song to fellow Nirvana members Kurt Cobain and Krist Novoselic, he reportedly said the concert would be “the last show of the tour” and “the last show for a long time.” Though some fans reportedly worried the band was calling it quits, a rep for the Foos told the Wall Street Journal not to fear, explaining, “I believe Dave’s remarks were specifically targeted to the U.K. crowd as they’ll be playing four shows in the U.S. next month.” Check out Foo Fighters’ full schedule, which includes at least two nonpartisan festival dates, here.