Main Attrakionz producer and mash-up revitalizer makes Max B murky, and tweaks the Notwist, just because 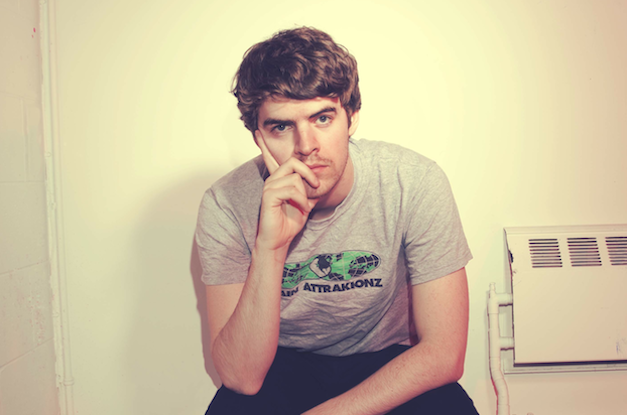 Back In March, producer Ryan Hemsworth’s mix for the website Live For the Funk singlehandedly made the beyond played-out mash-up vital again. That hour-and-then-some, kitchen-sink piling-on of music from anywhere and everywhere even took the time to sonically connects all its dots (Grimes slamming into Mariah!), featured an inspired mash-up of Three Six Mafia’s “Late Nite Tip,” and the Microphones’ “Instrumental” off The Glow Pt. 2. That mash-up was clever and weird enough to grabs some “likes” on Tumblr, but within in context of the LFTF mix, which managed to top Rustie’s maximalism and out-curate Girl Talk’s A.D.D. energy, it felt like an organic blurring of seemingly disparate musical borders. And speaking of blurring borders, Hemsworth’s No Plans was one of SPIN’s “20 Best R&B Albums of 2011.”

On his new EP, Last Words, Hemsworth isn’t doing very much mashing-up, but he is playing fast and loose with genre and samples in the same wide-eyed way. Max B quotables swirl around the Nguzunguzu-like “Charly Wingate” (named after the incercated rapper’s government name); stuttering female coos from Driicky Graham’s “Snapbacks & Tattoos” and plenty of other songs (including Playaz Circle’s “Hold Up” which the “Snapbacks”’ beat seems to entirely jack) bounce through the grandiose, “The Happy Mask Shop”; A Waka Flocka sample from Ferrari Boyz’s “15th and the 1st,” anchors the frosty bleeps and bloops of “Slurring.” And a sample of the Notwist’s “Consequence,” is the basis of “Colour & Movement.”

The Microphones and Notwist. Really mining that early 2000s experimental indie there, Hemsworth! Just joking around, it’s a great example of brash approach to beatmaking: Hemsworth treats whatever sound he employs as if it’s some stalwart breakbeat just waiting to be tweaked and freaked into something new. He has no regard for what’s “appropriate” to sample, and that’s a good thing. Keeping with this anything goes approach, Last Words also features a set of remixes from Shlohmo, Supreme Cuts, Baauer, and a mash-up of two Lost Words tracks from Sam Tiba & Canblaster. Ryan Hemsworth’s Last Words will be available from WeDidIt on August 21, but you can stream it now, exclusively at SPIN.