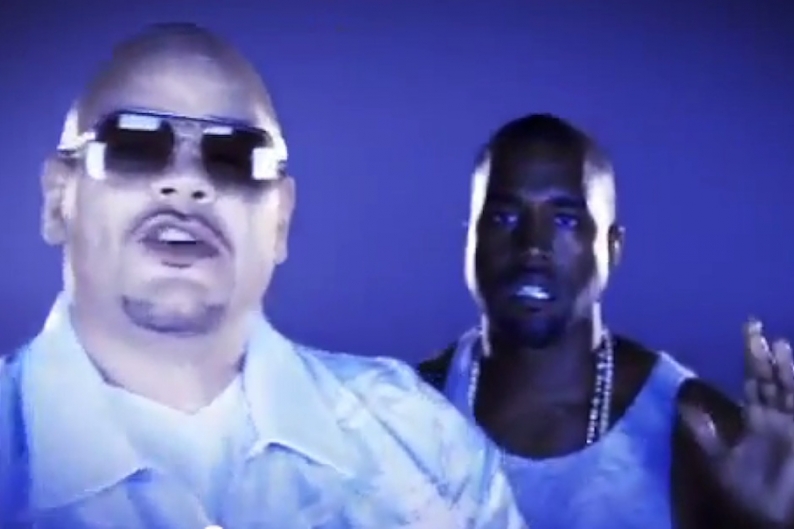 Fat Joe isn’t saying she’s a gold digger, exactly, but on new video selection “Pride N Joy,” the New York City rap survivor and a Rolodex-emptying cadre of guest stars — including Kanye West — most definitely make clear they aren’t broke. Despite featuring Yeezy, Jadakiss, Busta Rhymes, and DJ Khaled, “Pride N Joy” is no rappers’ showcase, instead following the pillowy R&B direction of Joe’s Chris Brown-assisted 2011 “Another Round” single. Neo-soul explorer Miguel even adds his own soaring vocals, while rapper Roscoe Dash croons via T-Pain-style Auto-Tune. The Hype Williams-directed video (via Nah Right), doesn’t appear to find room for another of the track’s guests — Yasiin Bey, formerly known as Mos Def — but Ashanti, who joined Joe on his biggest hit to date, 2002 floor-filler “What’s Luv?,” makes a leopard-print cameo, in between the predictable shots of a silent model posing in a swimsuit. Instead of firing off competing verses, the rappers all gruffly sing together on the song’s main hook: “Even if she all about the money I don’t really care.” No official word yet on a follow-up to Joe’s 2010 The Darkside Vol. 1 album; in the meantime, sparkling vodka for everybody.