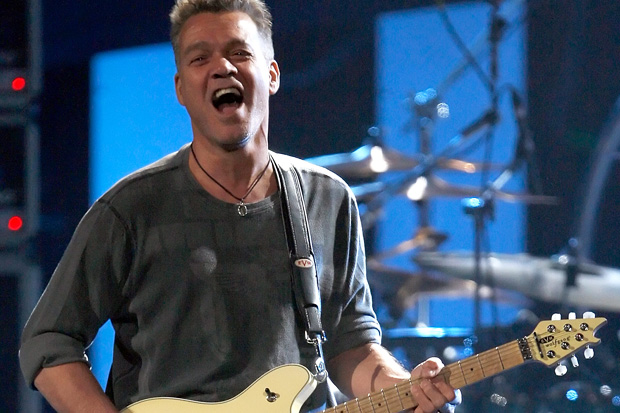 Eddie Van Halen might not be dancing the night away again until early next year. No more runnin’ with the devil for a little while, either. The guitarist’s eponymous band said on Facebook yesterday (via Blabbermouth) that he “underwent an emergency surgery for a severe bout of diverticulitis.” Per the statement: “No further surgeries are needed and a full recovery is expected within 4-6 months.” Get well soon, Eddie.

As a result of the surgery, Van Halen say they’re rescheduling their planned November 2012 tour of Japan. The Facebook post adds that “the band looks forward to seeing and playing for their fans in 2013.” Van Halen released their first new album with David Lee Roth since 1984, A Different Kind of Truth, earlier this year.

The reunited Van Halen already canceled tour dates once in recent months. The rockers unceremoniously scrubbed all U.S. tour dates after June 26 from their website, then posted a video of Roth saying the band “bit off more than we could chew.” It’s also unclear what Eddie’s recovery might mean for the group’s potential appearance at the Super Bowl next February — in an open letter this summer, Roth simultaneously quashed rumors Van Halen would be performing at the halftime show and flat-out asked for the gig.

OK, OK: What’s “diverticulitis,” you’re wondering? You’ll be sorry you asked. It’s a bowel condition that occurs when pouches form in the colon wall and become inflamed or infected. Abdominal pain, diarrhea, and vomiting are all possible symptoms. In other words, you really don’t wanna get it.