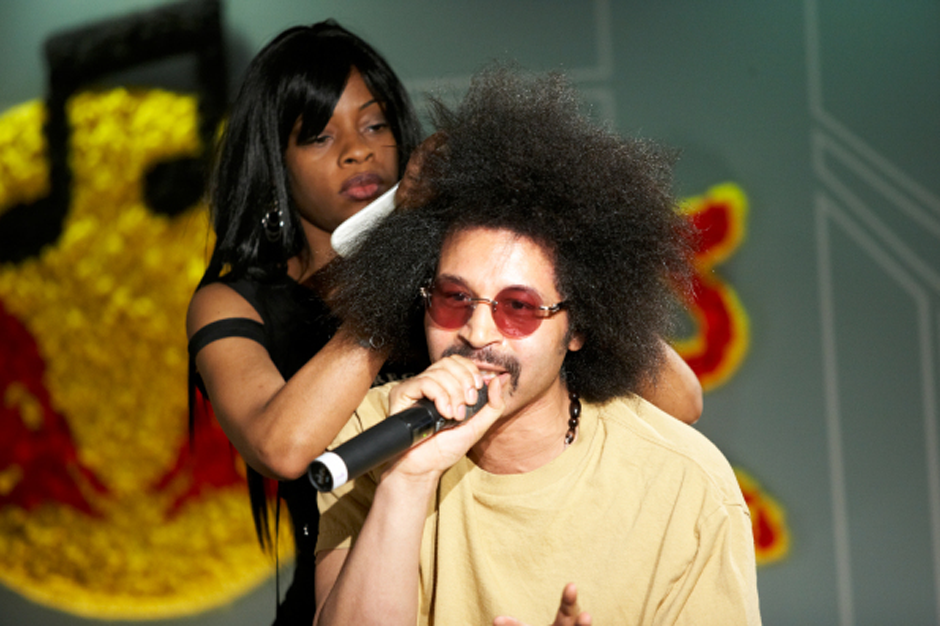 Of all the adjectives used to describe Lana Del Rey, surely “moody” ranks near the top of the list. A quick scan of Google results confirms that suspicion: “Moody” + “Lana Del Rey” returns 3.5 million hits; “dulcet” + “Lana Del Rey,” 926,000; “sultry” + “Lana Del Rey,” 667,000. (For what it’s worth, “gangster” and “gorgeous,” when combined with the singer’s name, each return somewhere in the neighborhood of 5.5 million hits.) Add a few more pages to the pile now that Detroit’s Kenny Dixon Jr., a.k.a. Moodymann, has reworked the singer’s “Born to Die” under his abbreviated alias, Moody.

Sensibly titled “Born 2 Die,” the cut is tucked away on the B2 of Moody’s new Why Do U Feel EP, and it features sections of LDR’s a cappella rearranged over an odd, fragmentary groove constructed from drum-machine snippets, breaths, yelps, and ambient crowd noise. After a minute-long introduction of stammers and false starts, things kick off in earnest with the arrival of overdriven electric bass and kick drum, pushed so hard into the red you can feel your speakers flinching a little with every down beat. Even once the tune is fully in motion, though, it’s repeatedly broken up by unexpected pauses and dropouts, sounding a little like a cat is walking over the mute buttons on KDJ’s mixing desk. It’s a world away from the languid torpor of the original, but I suspect that Dixon’s version is meant as a kind of tribute: If you listen closely, his opening bars are practically a note-for-note (well, sound-for-sound) recreation of producer Emile Haynie’s original beat for “Born to Die.”

Check out a clip from “Born 2 Die” below, at the end of a mini-mega-mix preview for the full Why Do U Feel EP. The record is out now via the usual vinyl purveyors and, presumably, going fast.