Dave Grohl Gets Lars Ulrich Talking About His First Album 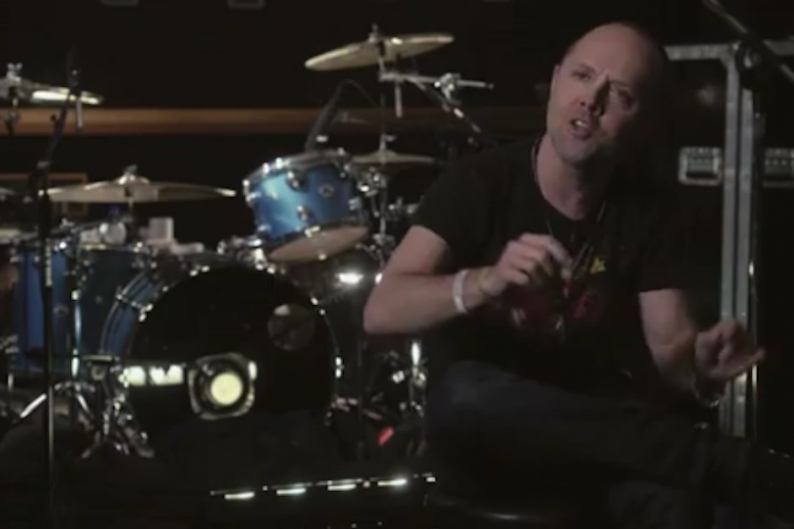 Earlier this year, Foo Fighter Dave Grohl announced he was working on a documentary about California’s legendary recording studio Sound City. Over the past 40 years, the studio has birthed records like Neil Young’s After the Gold Rush, Fleetwood Mac’s Rumours, Rage Against the Machine’s self-titled debut and something called Nevermind. As seen in the doc’s original trailer, it will feature interviews with Tom Petty, Trent Reznor, Krist Novoselic, Butch Vig and about a trillion others. And as revealed in a subsequent trailer, most of those musicians like to remember Sound City by saying, “There’s just something about…” the room, the mixing desk and so on.

Now his team has begun posting individual videos of some of the artists who have recorded there giving a little more detail than just talking about the intangible qualities of the studio, namely what got them into music. In a clip below, Metallica drummer Lars Ulrich talks about seeing Deep Purple when he was 9 and how guitarist Ritchie Blackmore’s wild stage presence inspired him to pick up that band’s 1971 disc Fireball, the first rock record he bought. (He recently proved his love of Deep Purple with his band’s cover of their “When a Blind Man Cries.”) He also talks about his dad’s record collection (and who doesn’t get a kick out of Lars Ulrich’s dad?), and how that introduced him to Miles Davis, John Coltrane and the Velvet Underground.

In another clip from Grohl’s doc, REO Speedwagon frontman Kevin Cronin talks about how his parents would sit him on the piano bench at his grandmother’s. He’d bang away at it and they would applaud (which sort of explains how he eventually arrived at writing ’80s power ballads Keep On Loving You” and “Can’t Fight This Feeling”…sort of). Watch both clips and a trailer for Sound City below.