Chris Lighty and Hip-Hop’s Balance of Art and Commerce

In memory of the legendary industry exec, dead at age 44 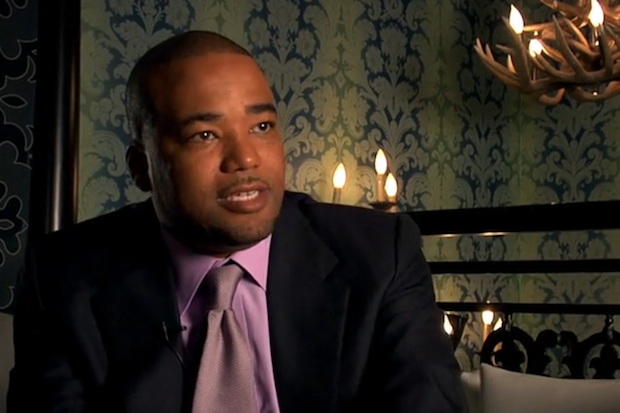 Back when rap was just beginning to become big business, it was still relatively ungoverned and, as a result, seemingly a world away from the more restrictive marketplace of rock and pop. Chris Lighty, who died on Thursday, from what appears to be a suicide, was the genre’s expert at balancing the artistic expression important to insiders with commercial impulses necessary to keep it moving forward. Namely, because he was just like the rappers he represented. This was back when the borders between “businessman” and “buddy” were less distinct, leading to Lighty getting an insider joke shout-out on A Tribe Called Quest’s “What?” (“What’s Chris Lighty if he wasn’t such a baby?”), and even, affording him the chance to spit a charmingly DGAF verse on Black Sheep’s “Pass the 40.” There is also supposedly a version of Tribe’s “Scenario” that features Lighty that must be on some Native Tongue member’s DAT somewhere. Lighty was one of them, best exemplified by his appearance on the cover of “Doin’ Our Own Dang” 12-inch by the Jungle Brothers, his hand on Q-Tip’s shoulder.

Lighty brokered the infamous 50 Cent/Vitamin Water deal, and lots of other important things that made hip-hop lots of money — there is even a case to be made that promoting Vitaminwater to a hip-hop audience was an artful mix of earning and expression, as it was an attempt to usurp quarter waters with a drink that at least had some pretense to being healthy. He also founded Violator Management and Violator Records, which immediately brings to mind Violator: The Album (at least to any rap fan 25 or older). That 1999 compilation introduced Q-Tip’s post-Tribe single “Vivrant Thing” (itself, an example of merging Tribe’s complex songcraft with a rummy reach for the radio), and featured creative collaborations that were, in retrospect, fairly ahead of their time: Cormega & the Hot Boys; Mase & 8Ball; Fat Joe, Big Pun, & 8Ball. The album cover’s caricatured paintings of Q-Tip (with caterpillar eyebrows), and Busta Rhymes (with toilet seat-sized teeth), were quirky, specific images that retained some early-’90s curatorial charm, at a time when that sort of thing was, for better or worse, losing out. It was a compilation in transition. It had to be.

One telling example of Lighty’s savvy is executive producing LL Cool J’s Mr. Smith — the rapper’s second return to form, thanks to “Doin’ It,” and collaborations between LL and hot-but-not-molten-lava-hot-quite-yet producers, the Trackmasters. In The Big Payback, subtitled “the history of the business of hip-hop,” author Dan Charnas observes that Mr. Smith, despite all its smoothed-out loverman charm, still included a big posse cut, the “I Shot Ya (Remix),” which teamed Keith Murray (who was on the original), Fat Joe, Foxy Brown, and Prodigy of Mobb Deep. It’s an example of finding a place for some art inside all the contrivances involved in creating a career reinvention. “I Shot Ya (Remix)” doesn’t need to be there, but Lighty made sure to include it; he knew it was important.

The gentle, candid interview with Lighty in Michael Rapaport’s Beats, Rhymes, & Life: The Travels of A Tribe Called Quest kept coming to mind after the announcement of Lighty’s death. Particularly the moment where he discusses Q-Tip’s constant reworking of Tribe’s second album, The Low End Theory. “Sometimes the creativity becomes a block,” Lighty explains, equally empathetic and annoyed, “because we literally had to go in and take the Low End Theory album from him. Like, give me the fuckin’ album already. This is crazy!”

During his description, Lighty grabs one of those fancy metal buckets that holds wine or bottle-service liquor to illustrate snatching the album away from the producer/rapper. The metal bucket falls to the floor, makes a loud noise, but Lighty, slight smile on his face, just gently picks it up and puts it back, without losing his train of thought. He returns to record-exec mode, casually observing, like a parent who wants to teach you a lesson but knows not to drill it into your head, that Q-Tip would have become Axl Rose or Dr. Dre — studio perfectionists perpetually reworking their great material until it’s not so great anymore — if Lightly had let that bullshit happen. We’re lucky that perfect album was taken away from one of the guys who made it perfect. Sometimes those record-label suits actually know what the hell they’re talking about.

Chris Lighty was one of the ones who did.