Del Rey's version of the song she wrote for Cheryl Cole, 'Ghetto Baby,' has hit the Web along with three other tracks attributed to her 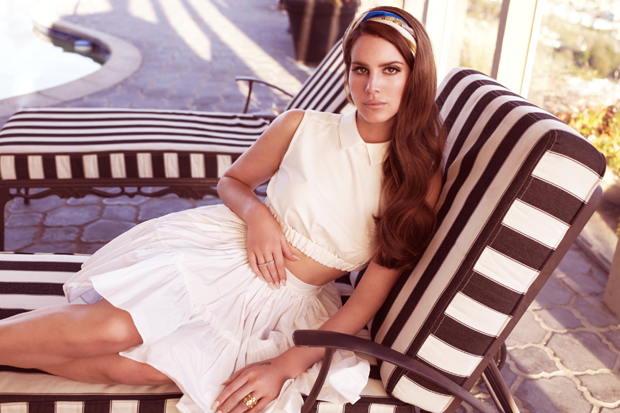 Lana Del Rey’s expanded “Paradise” edition of major-label debut Born to Die isn’t due until November, but four previously unreleased tracks with her unmistakable voice on them have recently surfaced online (via ONTD). One is a splashy, Del Rey-sung version of “Ghetto Baby,” the song she wrote for British pop singer Cheryl Cole’s June album A Million Lights (“We’re a match made in heaven,” Del Rey raps). Otherwise, the most intriguing of the leaks on first listen is the trip-hoppy “Serial Killer,” a stalker anthem with a textured, spacious production. Also leaked is the bluesy, “Sexual Healing”-quoting pop-funk of “Ooh Baby” and the talkie, weirdly obvious “Summer of Sam,” both of which feel like shots that just somehow miss Born to Die’s image-conscious hood-Lolita bullseye. On that last song, Del Rey proclaims, “I am the baddest girl in NYC” — can’t imagine that anyone else would have anything to say about that, right? Listen below, while they last.