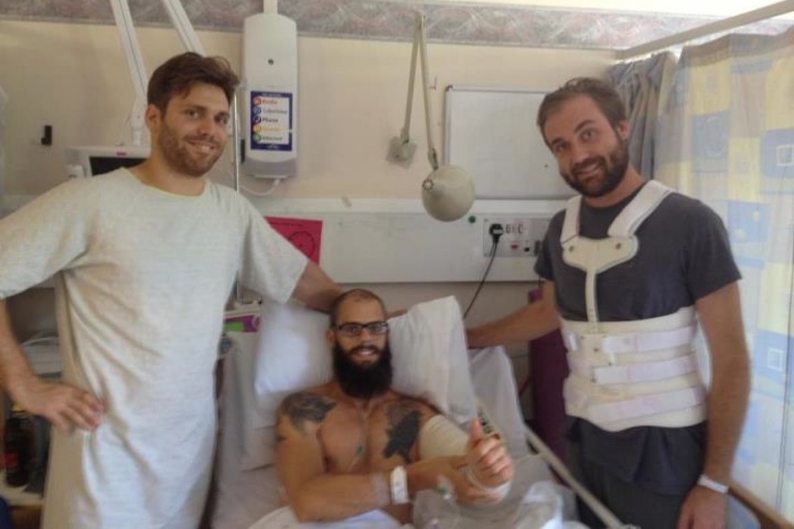 Last week, a bus carrying the members of hard rockers Baroness through England fell 30 feet off a viaduct, sending the band and its crew to the hospital with serious injuries. As of last Friday, three members were still receiving medical care.

Today, though, they’re smiling. The band posted a photo on Facebook, showing (from left) drummer Allen Blickle, who suffered fractured vertebrae, standing; vocalist-guitarist John Baizley, who broke his left arm and left leg, in bed; and bassist Mike Maggioni, who also suffered fractured vertebrae, standing in a brace. Not pictured is guitarist Pete Adams, whom the hospital released week and who has since returned to the U.S.

“Thank you to all of you who have been sending the tidal wave of positivity our way,” reads the note they posted with the photo. “We are uplifted by its sheer magnitude, and power. Every single one of you is making our days and nights easier and our recovery quicker. Thank you all so much, we are truly lucky to have such incredible people on our side. A sincere and heartfelt thank you from each of us to each of you.”