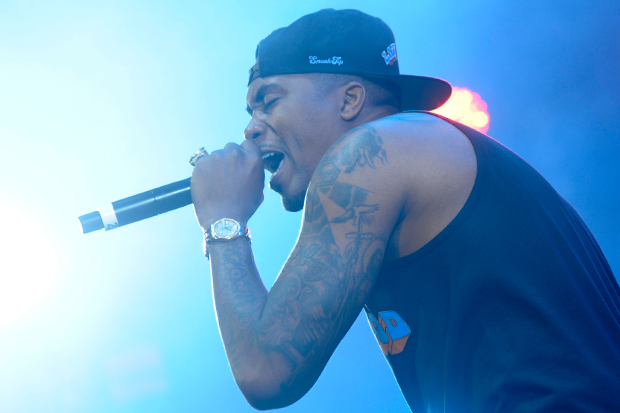 President Barack Obama is, as SPIN’s Brandon Soderberg once wrote, the first hip-hop friendly president. He can save the music industry by crooning Al Green. He even endorses Arcade Fire. But a guy with such highly bloggable tastes wouldn’t be president if he weren’t also, you know, a little square. Look: He’s a rapidly graying former law professor with two adorable kids and a tendency to start sentences by saying “look.”

So it goes as Obama has committed his latest lame-dad gaffe. As the Washington Free Beacon points out, the president mispronounced the name of the rapper Nas in an interview this morning with a New Mexico radio station. In between discussing favorite foods and super powers (the issues!), Obama answered a question about his pop music picks by saying, “Jay-Z, Beyoncé, you know, Nas.” But he said Nas’ name as in, like, “Nascar,” rather than with a “z” sound. Nas has been a fervent backer of Obama, and his 2008 track “Black President” sampled Obama’s Iowa caucus victory speech.

Obama also acknowledged he remains one of the few Americans who hasn’t yet heard Carly Rae Jepsen’s “Call Me Maybe,” although he said he did see one of those tiresome YouTube mash-ups where audio clips of presidential remarks are spliced together to make it look like he’s singing. But again, nobody should be surprised that the leader of the free world isn’t exactly up-to-the-tweet on pop-culture trends. After all, he previously mispronounced the name of Lollapalooza. No word on whether Obama’s’s a fan of Rage Against the Machine — or, as former Republican presidential candidate and presumed Pussy Riot foe Gary Bauer once called them, “the Machine Rages On.”