Introducing "DJs for Obama," a new initiative to raise awareness about the incumbent's reelection efforts 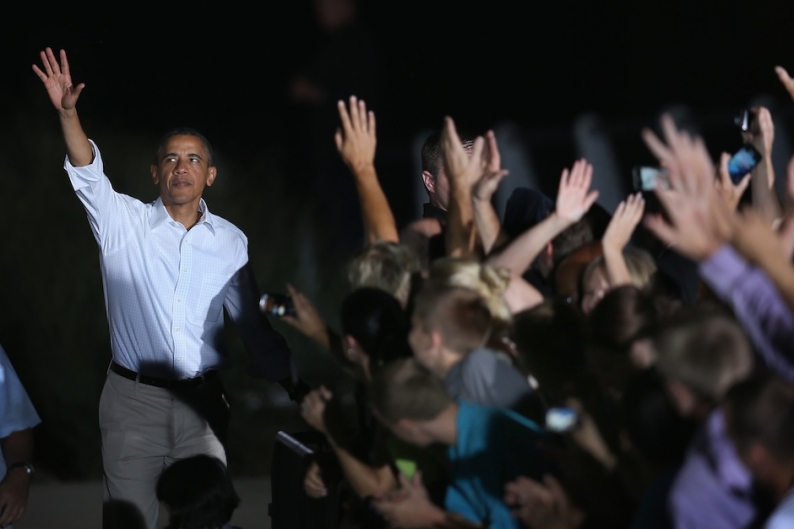 The ’80s Indeep classic goes “Last Night a DJ Saved My Life,” and now the people behind Obama’s reelection campaign are apparently hoping for a similar effect. Perhaps because they, like MTV’s VMA producers, have noticed that “EDM Culture” is this “new thing,” Obama for America has launched something called DJs for Obama wherein the folks who are usually behind the turntables step up in ads to ask voters to support the incumbent.

DJ Cassidy, who Obama reportedly asked personally to work the 2009 inauguration, told Rolling Stone, “I would never have imagined that my love for hip-hop, my love for music would allow me to get involved like this. It’s very surreal.”

“Surreal” might not be the right word, but it’s close since the concept sort of updates “Rock the Vote.” The idea, as Cassidy explains in the video below (via Politico), is that DJs can unite to raise awareness among young people about Obama’s campaign. In addition to Cassidy, participating DJs include D-Nice, Rashida, Steve Aoki, Irie, and Adam 12. “Even if I wasn’t a DJ, I would still be out here trying to get it done,” D-Nice of Boogie Down Productions fame told Rolling Stone. “To spread the word. To get people registered. It’s my responsibility as an American to get out there.”

Cassidy agrees that the movement should be limited to DJs. “I tell young people and old people and everyone in between to use your talent in any way possible,” he says. “If you’re a painter, paint a campaign poster. If you’re a sewer, sew a campaign T-shirt.”

Hear that Rage Against the Machine?

Don’t miss our explanation about how EDM’s Las Vegas boom is benefitting Republicans.