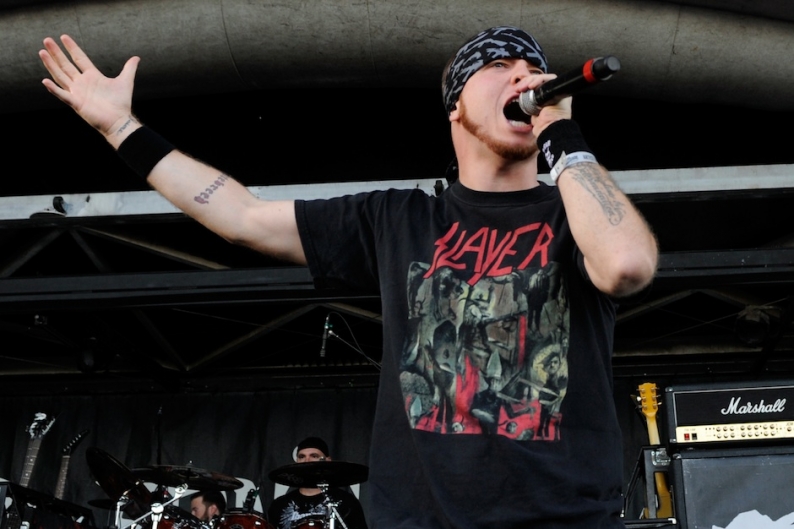 Last week, Lonnie Nasatir, the director of the Anti-Defamation League’s northwest chapter rounded up a few hatecore bands for CNN.com in the wake of discovering the shooter at the Wisconsin Sikh-temple massacre played in a white supremacist hardcore band. But among band names like “Angry Aryans” and “White Terror,” he included Grammy-nominated Connecticut hardcore stalwarts Hatebreed. The thing is — and Nasatir of all people really ought to know this — you can’t judge a band by its name (or, for that matter, the fact that it named an album Supremacy). After the group and its fans barraged the network’s website with complaints, it issued a retraction.

Over the weekend, British metal mag Metal Hammer interviewed Hatebreed frontman Jamey Jasta at a U.K. festival, who described the whole thing off as a “dumb mistake” (after the interviewer focused his attention away from fans flashing him at the 2:50 mark in the interview below). “Why does the word ‘hate’ have to be strictly used by racists?” he asked. “That’s a fucking crock of shit. Let’s take our words back. It’s the English language. ‘Oh, a hamburger doesn’t have ham in it.’ Get a fucking clue!”

Jasta also revealed that the ADL sent the band a “really nice” apology. “They said, ‘We know that Hatebreed has never had any sort of racist ideology, and we regret the error and we’re sorry,'” Jasta says. “And they apologized to our fans. So what more could you ask for?” The group said it was going to post the letter on Monday, but it isn’t up yet as of this posting.