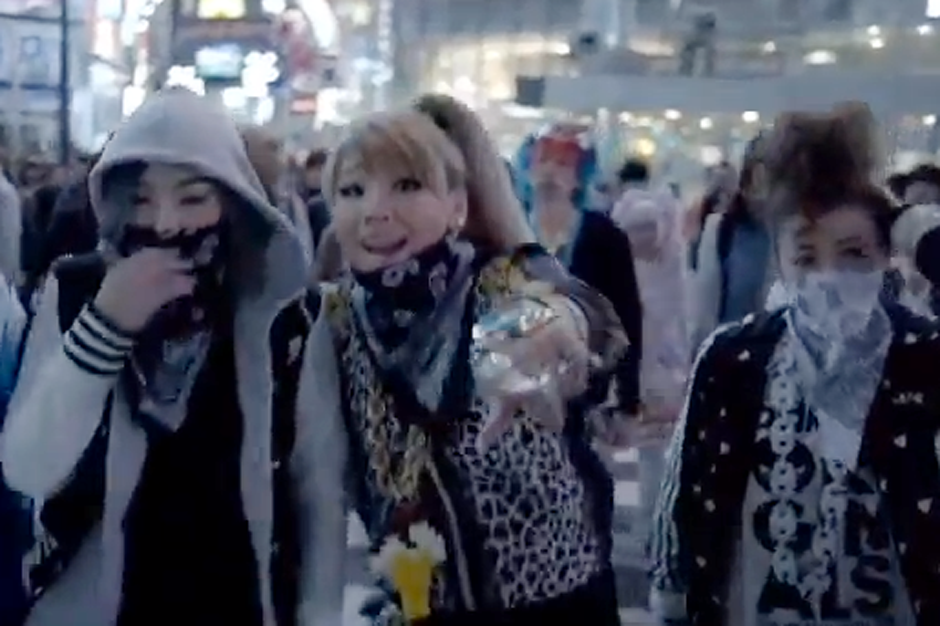 In the past year or so, Jeremy Scott has sailed in his winged Adidas shoes to publicly rise to the position of Rappers’ Best Friend, a symbol of the weirdo-stuffed, space-flosser-enriched era of rap in which we’re currently living. Though we predict that there will be a backlash by Spring (see: the Puff Dad shiny suits-and-goggles epoch giving way to thuggish ruggish Timbs and work suits), right now, dude is in full float, gallivanting about New York with his wacky counterpart Nicki Minaj in this brand new commercial for Adidas Originals.

It’s a star-studded occasion, in fact, with crews across the world taking to multicolored mean streets and stunting in Scott-i-fied sportswear to Minaj’s “Masquerade.” Naturally, K-pop goddesses 2NE1 steal the show, tossing bandit bandannas and choreographed dance moves all over Tokyo, but Sky Ferreira gets a couple cameos in with her snow white goth mug, doing that thing that Sky Ferreira does. A few other famous musicians are in here, too, but they seem like extras compared to the larger-than-life status of the other stars, including Minaj catwalking across a crosswalk in a Harajuku-influenced, hoop-skirted puffy jacket (in quaint Holly Hobby quilt pattern? Jeremy!) and knee socks. Pumped up with kids doing popular subcultural things like skateboarding and freestyle rapping, it’s hard not to think Adidas is kinda genius for jumping on this moment, because it may not come again for awhile. The only analog that comes to mind is the Gap ad of yore starring Madonna doing a bougie, wan version of “Into the Groove” before Missy Elliott swoops in to murder a verse FOR A COMMERCIAL. Watch both below, pay homage to the holy ghost, and start beefing up your neutrals for next season.