Roger Daltrey and Co. rewarding fans who haven't cleaned out their junk drawers in 30-plus years 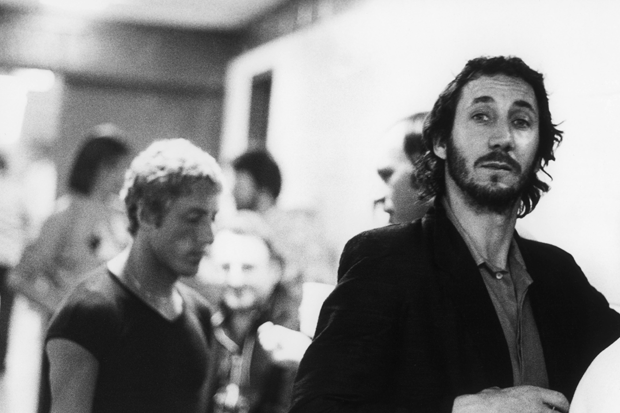 The Who will be rewarding fans who haven’t bothered tossing out canceled concert tickets from a show 33 years ago during their upcoming Quadrophenia tour this winter. The band announced yesterday that the lucky few who saved their ticket(s) to the band’s nixed 1979 show in Providence, Rhode Island, will be able to use those tickets at their culminating show at the same venue, now called the Dunkin’ Donuts Center, on February 26.

As the AP reports, the December 1979 concert in question was shut down by then-mayor of Providence Buddy Cianci over safety concerns stemming from an earlier Who show in Cincinnati, Ohio, on December 3 that year, where 11 people (seven of whom teenagers) were trampled to death just before the band went onstage. The Who haven’t played Providence since then.

Fans paid a maximum of $14 in 1979 for that canceled concert. Factoring in inflation, that means those fans who actually kept those tickets will finally be seeing the band for roughly $40, which is about $17 less than the lowest-priced tickets on sale for the gig in question. The top-tier tickets run as high as $127.50.

“Somewhere, someplace, someone’s got it stashed,” said venue general manager Lawrence Lepore, who announced the offer yesterday on Rhode Island’s WPRO-AM radio station. “The question is, are they willing to give that up? If they are, we’re willing to take it.”

To make the “exchange,” Lepore says fans can “call his office.” The bright side of giving up a piece of precious, 33-year-old memorabilia? Those tickets will be donated to help raise money for the Special Olympics of Rhode Island.