Who Is Bat For Lashes’ ‘Laura’?

Is it another film reference or something more topical? 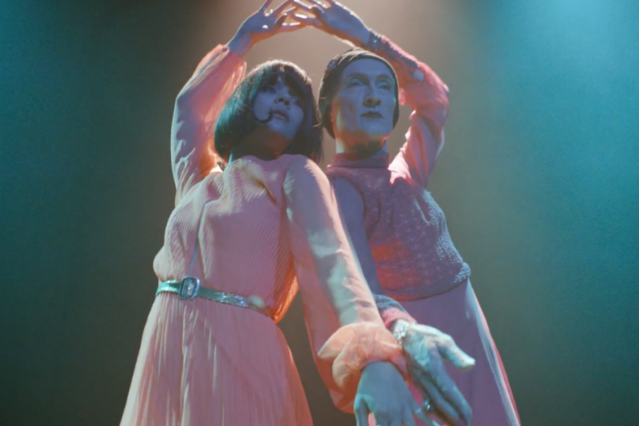 In June, Natasha Khan, better known by her nom de pop Bat for Lashes, debuted three new songs from her third LP, The Haunted Man. The first song, “Laura” seemed as though it had been penned with a mysterious subject in mind: which “Laura” is she talking about? Dern? Ingalls Wilder? Perhaps the very same Laura frontman Chris Owens of the erstwhile Girls sang about on 2009’s Album? At the time, Khan provided few, if any, clues.

By the looks of the video she just released (which also came with the song’s proper studio recording), however, it’s likely the singer’s habit of pairing fictional characters with people in her life in her songwriting (her 2009 track “Daniel” is named for her ex-boyfriend and the Karate Kid) may again be the driving force behind “Laura.” This time, the elegant, aging drag queen Kahn coaxes out of her existential crisis may nod, in all likelihood, to Twin Peaks’ Laura Palmer, the murdered woman with a double life who launched a thousand — er, 30 — episodes. (Don’t miss Why Lana Del Rey, Cults, and More Indie Heartachers Lurk in the Shadows of ‘Twin Peaks.’)

Though perhaps unintentionally, the song and its accompanying video clip also happen to come at an otherwise auspicious moment. Naysayers of the Daniel Theory may draw comparisons to another newsworthy Laura. No evidence exists as to whether Khan has ever met Against Me!’s Laura Jane Grace, but the timing of the single — as well as the symbolism-inundated (and NSFW) new cover art — is curious.

The Haunted Man drops October 15 (via Parlophone/EMI) in the U.K. and October 23 (via Capitol) in the U.S. Fans who pre-order the album get “Laura” as a free download immediately. Watch the haunting, heartbreaking clip below.