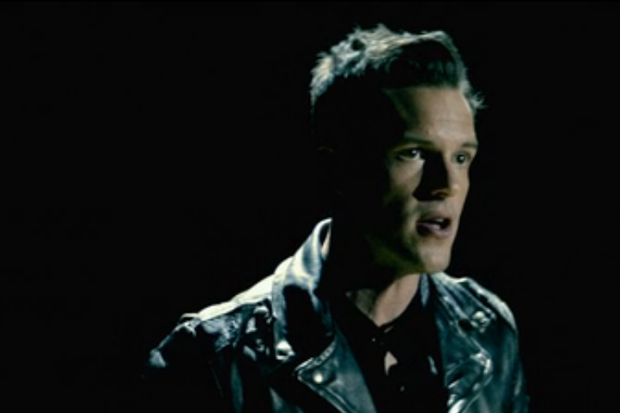 Brandon Flowers dons rock’n’roll’s signature costume of bad-boy bad-assery dating back at least to that Fonzie-looking dude from Garfield in Paradise in the new video for “Runaways,” the stadium-sized advance single from September 18 album Battle Born. Luckily, director Warren Fu — whose previous work has included videos for the Strokes and Daft Punk — knows how to pump up the poperatic grandeur just so. Deep space, dusty Americana, and urban splendor jostle up against the sight of the open road speeding underneath us as the band performs on one hell of a stage, which comes together at just the right moment (when Flowers sings, “My body just comes aliiiiiiive!”). You know how Steve Jobs said acid was one of the most important experiences of his life? The Killers rock this one so hard that when they move, their bodies leave streaks of light across the screen. Let’s see the guy from Twin Shadow — a fellow leather jacket fan — do that.